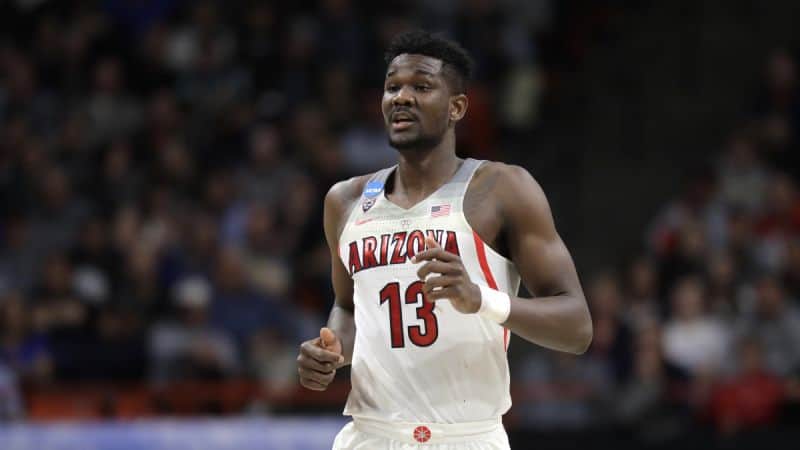 The 2018 NBA Draft is set to begin on Thursday night. The draft will take place at Barclays Center in New York City. There is great intrigue about this draft, and there has been great debate about who will be chosen as the top overall pick. The top of this draft class is full of potential superstars who could all change the direction of a franchise. Here is a look at five players who could potentially be drafted in the top 5.

Deandre Ayton entered the NBA Draft after playing just one season at the University of Arizona. Ayton dominated in his only season playing college basketball, averaging a double-double in the very competitive Pac-12 Conference. The Phoenix Suns have the number 1 pick in the 2018 draft, and it appears very likely that they will select Ayton with their selection. Ayton is a dominant center who can change the game on both sides of the ball and appears to be headed for stardom in the NBA.

The NBA has been waiting for Doncic to declare for the draft and head to the league after dominating EuroLeague as a teenager. The 19 year old is a terrific playmaker who has experts raving about his passing skills. Doncic has also shown the ability to knock down mid range jumpers to go along with his ability to finish at the rim. If the Suns don’t go with Ayton, it might be Doncic who is the top overall pick.

Marvin Bagley III is an unbelievable talent that had a very impressive freshman season at Duke University. Bagley III is an athletic freak that has a constant motor and never takes a play off. The former Blue Devil should be a top 5 selection, but it’s still unclear how his game will translate to the NBA. Bagley III will need to get stronger to play in the paint, or must work on his outside shooting to play a wing. Either way, Bagley III will be a top 5 pick in the 2018 NBA Draft.

Jaren Jackson Jr. entered the NBA Draft after just 1 season at Michigan State. Jackson Jr. didn’t dominate college basketball the way some other prospects did, but his game projects well at the next level. Jackson Jr. can change the game with his exceptional shot blocking ability and his athleticism should help him have success in the NBA. Jaren Jackson Jr. won’t be waiting long to hear his name called.

Kevin Knox had an up and down freshman season at Kentucky, but NBA scouts love the way that Knox can score the basketball. The 6-9 forward could be a matchup challenge in the NBA, and could eventually be one of the best scorers in the league. Knox has the ability to score both at the rim and from the outside, and his offensive game should get him drafted in the top 5 of the draft.