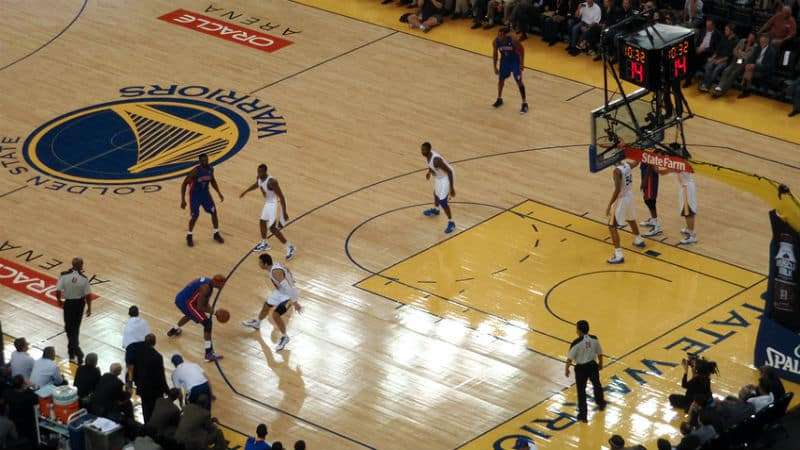 The Golden State Warriors and the Cleveland Cavaliers are set to kick off the NBA Finals on Thursday evening. This will be the 4th straight year that the Cavs and Warriors have met in the NBA Finals.

The Warriors defeated the Cavs in five games to win the 2017 NBA Championship. Both teams come into this series with injury concerns with the status of both Andre Iguodala (Warriors) and Kevin Love (Cavaliers) being uncertain.

If you like to bet on basketball you should continue reading. We will take a look at both teams and then do a quick pick & prediction for the 2018 NBA Finals. Don’t forget — we previewed the Stanley Cup Game 2 matchup earlier.

The defending champion Warriors enter the 2018 NBA Finals as overwhelming favourites. The Warriors are -960 favourites to win the series. Golden State was able to survive a very good Houston Rockets team in the Western Conference Finals by winning games 6 and 7. Golden State is hoping that Andre Iguodala can return early in this series and resume his role as the top defender against LeBron James.

Kevin Durant leads the Warriors in scoring during this postseason with 29.0 points per game. Both Stephen Curry (24.8) and Klay Thompson (20.5) have averaged over 20 points per game in the playoffs as well. Golden State is an offensive juggernaut capable of lighting up the scoreboard at any moment. The Warriors will have to find a way to slow down LeBron James, but their offence is capable of overcoming monster performances from “The King.”

The Cavaliers are major underdogs to win the 2018 NBA Finals, but they were underdogs in the Eastern Conference Finals and were still able to prevail. Cleveland is a +780 underdog to win the championship. The Cavs stunned the Boston Celtics in game 7 to reach the NBA Finals. Cleveland won the final game of the series without All-Star Kevin Love (Concussion). If Love is unable to return early in the series, the odds against the Cavs increase greatly.

LeBron James has been playing at a level that has never been seen in these 2018 playoffs. James is averaging 34.0 points per game during the playoffs while also dishing out 8.8 assists per game. LeBron will need to have a monster NBA Finals if the Cavaliers have any chance of knocking off the Warriors. King James will need help as well and the hope is that Kyle Korver and JR Smith can knock down shots in the Finals.

These two teams are very familiar with each other, and both head coaches will need to make the proper adjustments for their teams to have a chance. LeBron has been able to carry his team to this point, but he is taking on a team that is loaded with talent.

It was a great accomplishment for the Cavaliers to even reach the Finals, but they are just completely overmatched in this series. LeBron is good enough to win a game this series, but that’s all the Cavaliers are going to get. The Warriors are too deadly on offense and will roll to a second consecutive NBA Championship. The Golden State Warriors will win the NBA Finals in 5 games.