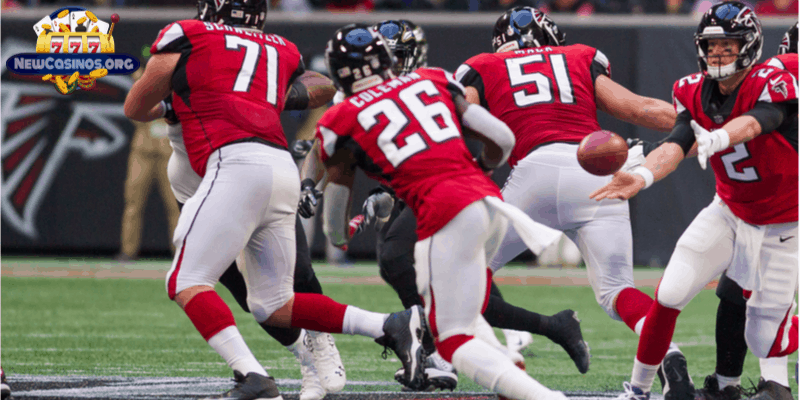 The NFL regular season will wrap up on Sunday, but there is still one more chance to make some money before the playoffs start. The Atlanta Falcons will be in Tampa, Fla., to take on the Tampa Bay Buccaneers in what should be a highly entertaining game. Neither the Falcons or Buccaneers will be in the playoff field this season, but both teams feature some of the best offenses in the NFL.

Atlanta has actually won three straight games, but it has come after it was eliminated from playoff contention. The Falcons bring a 6-9 record into this game and are in third place in the NFC South.

Tampa Bay is 7-8 on the season, but it has just been too inconsistent. The Buccaneers saw their four-game winning streak snapped in Week 16. The Tampa Bay Buccaneers are two-point favorites in this game.

Falcons Need to Run the Ball

The Atlanta Falcons are too one-dimensional on the offensive side of the ball, and they need to find a running game in this one. Atlanta is averaging just 85 rushing yards per game this season, and that just won’t get it done.

Quarterback Matt Ryan has thrown for over 4,100 yards this season, and wide receiver Julio Jones is over 1,000 receiving yards again. Running the football should create more space for the Falcons.

The Falcons aren’t real interested in playing defense this season, although they will have the better defense in this game. Atlanta has allowed 25 points per game this season, but that unit has been better of late.

Vic Beasley leads the team with seven sacks, but the Falcons have just 24 of them as a team. The Falcons will need to pressure Jameis Winston in this game.

The Falcons aren’t interested in playing defense, but the Buccaneers have just been terrible on that side of the ball. Tampa Bay has allowed over 28 points per game, and that number has actually gotten better of late.

Linebacker Shaq Barrett does lead the NFL with 16.5 sacks, but he could use some help.

Winston has put up some huge numbers this season, both good and bad. Winston has thrown for over 4,900 yards but is also closing in on 30 interceptions this season.

The Buccaneers are averaging 310 passing yards per game, and they won’t be afraid to throw the ball in this one.

Both of these quarterbacks are going to throw the ball all over the field, and there will be plenty of points scored in this one. Atlanta has been playing much better football of late, but it still has several flaws that need to be fixed.

The Buccaneers are still trying to find some defense to speak of, but their offense is hard to stop. Tampa Bay is going to win this high-scoring affair over the Falcons. Bet the Tampa Bay Buccaneers -2.0 over the Atlanta Falcons.