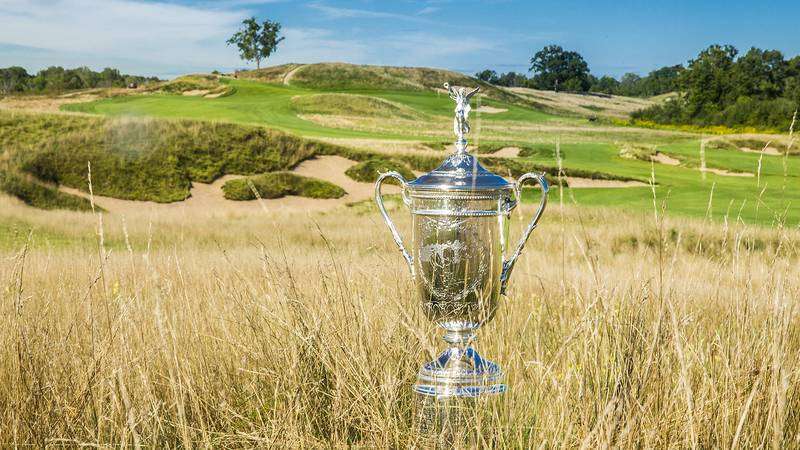 The U.S. Open is set to begin this Thursday morning, and the field is filled with the world’s best players. The 2018 U.S. Open will take place at Shinnecock Hills Golf Course, located in Suffolk County, New York. Shinnecock Hills is an extremely long and challenging course, and should provide great drama all weekend long.

9 of the last 10 Majors have been one by a first time Major champion, including Patrick Reed at the Masters earlier this year. Let’s take a look at some of the top betting odds to win the 2018 U.S. Open and hopefully help you make some money betting on sports.

Dustin Johnson is the heavy favorite to finish this weekend as the 2018 U.S. Open Champion. The number 1 ranked player in the world is coming off of a dominating win in the FedEx St. Jude Classic in Memphis last weekend. Johnson has the ability to hit the ball long and straight, and this should give him advantage over the field this weekend. Johnson is looking for his second U.S. Open victory in three years, after winning in 2016.

This next group features a trio of very interesting names, and three terrific golfers. Justin Thomas comes in as the number two ranked golfer in the World, and is capable of playing great golf for an entire weekend. McIlroy has been inconsistent in recent years, but his best golf, is better than almost any other golfer currently on tour.

McIlroy will open up the weekend by playing with Jordan Spieth and Phil Mickelson which could propel the Irishman to play top level golf. Justin Rose was the 2013 U.S. Open Champion and is currently ranked as the third best golfer in the World. All three of these golfers will pose a real threat to Johnson.

This is the most interesting group in terms of betting odds this weekend. Jason Day has won a Major Championship in his career, and has also had a handful of top 5 finishes. He is always a threat to contend for a Major. Rickie Fowler is still looking for his first Major Championship, but has consistently been one of the best golfers in recent years. The final name in this group, Tiger Woods, is always on everyone’s mind as a sexy pick to win a Major. Tiger has been terrific in the final two rounds in tournaments all year, but has to find a way to get off to a better start. Perhaps being matched up with Justin Thomas and Dustin Johnson for the first two rounds will inspire Woods to keep his name near the top of the leaderboard heading into Saturday.

Phil Mickelson doesn’t appear to be a real threat to win the U.S. Open, but getting him at 30-1 odds might be worth the bet. Fans of Mickelson would enjoy rooting him on the entire weekend, and it’s possible that Phil still has some magic left in his game.

The 2018 Masters Champion comes in at 40-1 odds, but has been great in 2018. He has the ability to hit the ball a long way and could set himself up for success at Shinnecock. Reed could be a great bet at 40-1.