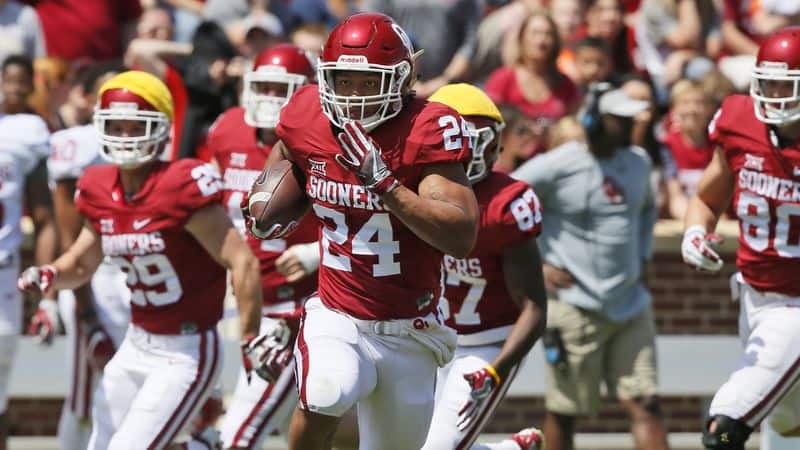 The 2018-19 NCAA Football season is set to kick off at the end of August. The Alabama Crimson Tide are the defending champions, and look like a solid choice to repeat this season. Let’s take a look at the betting odds to win the 2019 NCAA Football Championship.

Nick Saban continues to recruit the best players in the country, and the Crimson Tide are loaded once again. Alabama comes into this season as the favorite to win another National Championship. Saban will have to decide which quarterback he is going to start, but that might be the only real question that Alabama has.

Clemson will enter this season with one of the best defenses in all of college football. Clemson should roll through the ACC once again, and has a great shot of going undefeated in the regular season. The Tigers could meet Alabama for a fourth straight year in the playoffs.

The Bulldogs came ever so close to winning the 2018 title, but fell to Alabama in overtime. Sophomore quarterback, Jake Fromm, should have the Bulldogs back in contention this season. Georgia is the clear favorite in the SEC East.

The Ohio State Buckeyes have been the class of the Big Ten since Urban Meyer has been in Columbus. Ohio State has a deep roster, and should be one of the highest scoring teams in college football this season. The Buckeyes will have to navigate through a very tough Big Ten East division.

Jim Harbaugh is firmly on the hot seat entering the season, and Michigan can’t seem to beat the Ohio State Buckeyes. If Michigan to knock off their rival, they will have a shot to play for a title.

Penn State has one of the hardest schedules in college football, and will have to take on Michigan State, Michigan, and Ohio State in conference play. Quarterback Trace McSorley will lead an explosive Nittany Lions offense.

Quarterback Jarrett Stidham leads a talented Auburn team into the 2018-19 season. Auburn will have to travel to Tuscaloosa to take on rival Alabama to end the regular season.

Miami appears to be the biggest threat to Clemson in the ACC, but are still relatively unknown. A week 1 test against LSU should provide answers about the Hurricanes chances this season.

Oklahoma will have to replace Heisman Trophy winner, Baker Mayfield, this season. The Sooners should be the best team in the Big 12 this season.

The Huskies will take on Auburn in a difficult week one showdown. If Washington can win that game, they will rocket up the polls.

Wisconsin is the clear favorite in the Big Ten West Division and should make the Big Ten Championship Game this season. The Badgers have a great shot at reaching the College Football Playoffs.

Willie Taggart takes over the Seminoles football program and was left with a roster full of talent. Florida State will take on Virginia Tech in the season opener.

Everyone Else 33/1 or Higher

Teams like LSU, Notre Dame, and Michigan State fall into this category. Notre Dame seems to have the best shot of factoring into the playoff picture, but will have to survive a brutal schedule.