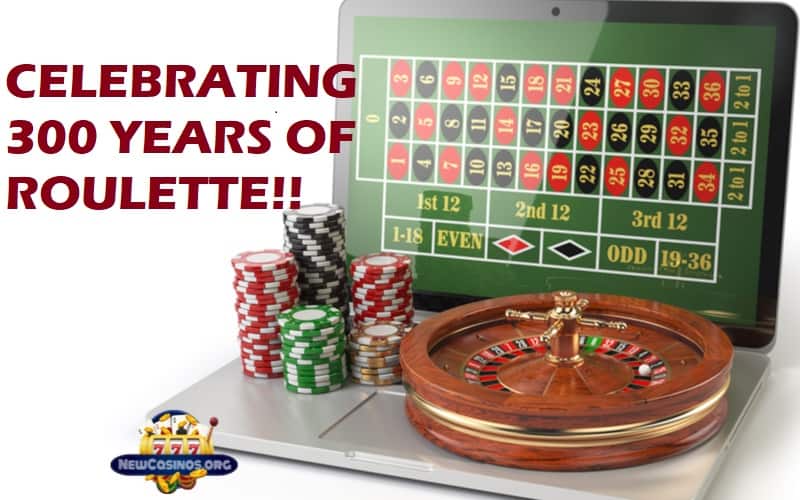 There will be several prominent milestone birthdays in 2020. The National Football League in the USA will turn 100 in 2020, as will Haribo sweets! Knocking both these birthdays out of the park though is the birthday of roulette, which will turn 300 in 2020, having been invented as far back as 1720!

Here we take a detailed look at the history of everyone’s favourite gambling game that doesn’t involve playing cards!

It’s a little-known fact that the inventor of Roulette is one of the smartest people to have ever lived. Born on June 19, 1623, in Clermont-Ferrand in France, Blaise Pascal moved to Paris with his father at the age of seven or eight following the death of his mother. Pascal’s father decided to dedicate his life to the education of his children, which included Blaise’s sisters Jacqueline and Gilberte. All three had shown to have incredible intellects from an early age, with Blaise being identified as an amazing mathematician.

As a lover of numbers, Blaise was also a lover of the mathematics of gambling even though he was not much of a gambler himself. He was enlisted by two friends to devise a system by which the spoils from an unfinished gambling game could be divided fairly, based upon what had happened before, and what was likely to happen in the future.

Pascal Invented Roulette in his Quest for Perpetual Motion

One of the scientific oddities that attracted Pascal the most was the quest for the perpetual motion machine. This was a machine that, once set in motion, would keep going without the need for any external power. Several people throughout history came up with designs for perpetual motion machines, and some even claim to have built them and successfully tested them. Still, such claims always turned out to be fraudulent. Perpetual motion machines need to generate more energy than they consume, which is impossible and against the laws of physics.

Still, in his thirties, Pascal attempted to come up with a perpetual motion machine himself but failed. As a by-product of his experiments, though, he invented a system where a small ball would spin around the wheel that was divided into different sections. Purely by accident, he can come up with the Roulette wheel.

The very first versions of Roulette made no use of numbers. Instead, the Roulette wheel was divided into a series of slots, half coloured white, and the other half coloured black. Players would bet on which colour the ball would land in once it had finished spinning around the wheel. Gambling houses in Italy were the first to introduce numbers to the wheel for a game they called Biribi. Players were able to bet on single numbers, adjacent numbers and columns of numbers.

Fledgeling casinos in France was where Roulette finally developed into the game we still play today. In a book written in the final years of the 18th century, a writer described Roulette in full, speaking about all the basic Roulette bets including ‘rogue/noir’ (red or black), ‘impair/pair’ (odd or even) and ‘manque/passe’ (high numbers or low numbers).

The Next Innovation – The Single Zero!

Roulette by the early days of the 19th century had become a popular game, but as other games with better odds for the player were being developed, such as Blackjack, Roulette – with its house edge of 5.4% – began to fall in popularity. At the time the standard Roulette wheel contained a black zero and a red zero, and both were not paid out for outside bets (which remains the case today).

French brothers Louis and Francois Blanc devised a new Roulette wheel which contained a single zero. As this could not be coloured red or black, they chose a new colour for it – green. This immediately dropped the house edge from 5.4% to 2.7%, giving players more chance of winning. Most casinos immediately adopted this new system, except those in America who decided to stick with two zeroes, although they did change the colour of the zeroes from red and black to green.

It’s hard to imagine what Blaise Pascal would feel if he knew his Roulette wheel – now significantly modified of course – was still in use today. Not only that but now people can play roulette online, in real-world casinos or in live dealer casinos where the ball is still spun around a genuine roulette wheel, and the action is relayed back via a live video feed.

Probably thousands of people all around the world play roulette during any single day, which is not bad for a game that was invented three hundred years ago! So, today why not take some time out and celebrate the birthday of Roulette by playing at one of our trusted online casinos that we recommend?