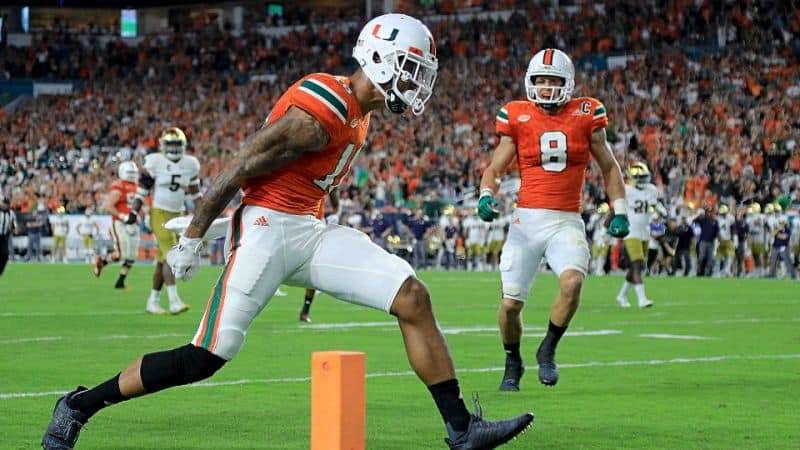 Another exciting weekend of college football will kick-off on Saturday Let’s take a quick look at four of the best games to bet on this weekend in NCAA Football action.

The Georgia Bulldogs will host Middle Tennessee State University on Saturday and are huge favorites. Georgia has looked sharp so far in 2018, and are ranked as the number three team in the nation. MTSU is 1-1, but got absolutely blown out by Vanderbilt in the season opener.

Quarterback Jake Fromm leads a talented Georgia offense that should put up a ton of points in this game. 32.5 points is a very large spread, but the Bulldogs will get the job done at home in this one. Bet Georgia -32.5 over MTSU.

One of the best games this weekend will take place in Stillwater as Oklahoma State hosts Boise State. Boise State is in need of a signature win to build up their resume in hopes of reaching the College Football Playoffs. Both teams feature explosive offenses that love to throw the ball. Both Oklahoma State and Boise State have put up more than 50 points in each of their first two games. Look for a wild back and forth affair, but Boise State will find a way to beat the Cowboys on Saturday. Bet Boise State +3.0 to earn a huge road win.

TCU and Ohio State will meet for a top-15 showdown at AT&T Stadium on Saturday night. Ohio State will still be without head coach Urban Meyer, who will be finishing up his three-game suspension. Both teams have had little trouble in winning their first two games of the season, and both offenses have been hard to stop. Ohio State has a roster full of future pros, but TCU is a veteran team that has been battle tested in year’s past. The Buckeyes will find a way to get enough stops to win this game, but TCU will keep the game close. Bet TCU +12.0 in this game.

Texas will host old rival USC in a battle of 1-1 teams under the lights on Saturday night. USC has climbed to number 22 in the rankings while Texas has fallen out of the rankings after losing the season opener to Maryland. The Longhorns were able to bounce back and win in game two, but they narrowly beat Tulsa. USC was unable to find the end zone in their week two loss to Stanford last weekend.

This game has the potential to be extremely sloppy with little scoring, but it should be a competitive game. Freshman quarterback JT Daniels has been impressive in his first two starts for the Trojans. Texas was expected to be much improved this season, but so far the results haven’t been there. USC is the better team and they will win this game. Bet USC +3.5 over Texas on Saturday night at MyBookie.