Why We Could All Be playing at Cryptocurrency Casinos Soon 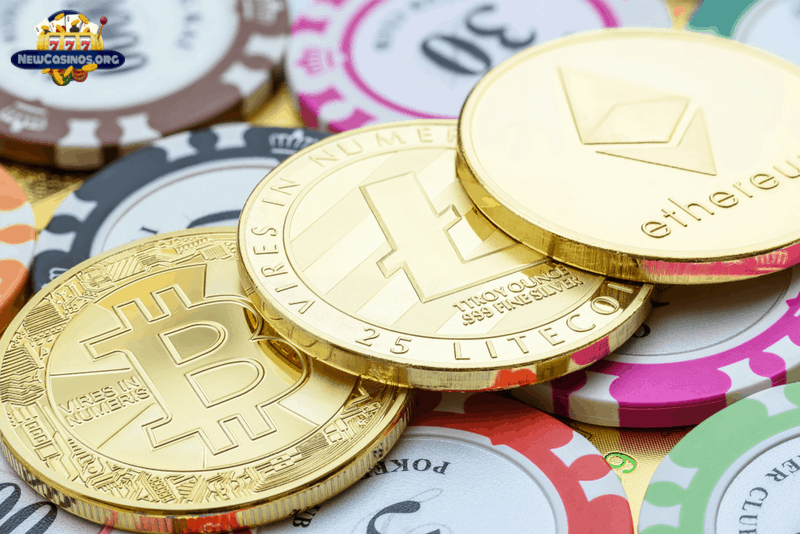 A quick research was done and it showd that cryptocurrency casinos could be the only option for online players in the near future. When the idea of a crypto-currency was first muted, it was suggested that the concept of a peer-to-peer currency would take over the financial world. People shared mp3s peer-to-peer (i.e. computer-to-computer) online, so why would they not share money?

The answer to that question was … plenty of reasons. For one, despite the horrendous 2008 financial crash instigated by the banks themselves in which hundreds of thousands of ordinary folk lost billions in savings and the values of their properties sunk, people still think that banks are a pretty neat idea. They certainly think that banks are the best place to keep money, as opposed to being kept as invisible electronic bytes on a computer.

A second reason was that people didn’t understand how cryptocurrencies worked. With money, it’s relatively easy. To get money, you do something for someone, or you send them something of yours that they want which you can provide, and they either send an agreed number to your bank account, or they hand you money in the form of physical banknotes or coins. You can then spend that money who you wish, by transferring some of it to another bank account, or using a plastic card to okay such a transaction, or converting a part of the number in your bank account as hard cash and spending it in person.

Cryptocurrency casinos are complicated, but you don’t have to be an expert in using them.

The predicted Bitcoin revolution may never have actually happened, but … watch this space. With increasing uncertainties in global markets, coupled with a universal distrust of governments in the ‘post-truth’ era and the increasing frequency of weather-based disasters due (perhaps, claim some) to global warming, many people feel it’s now much safer to have an alternative method of storing cash. Bitcoin could be the answer … finally.

So, what – you may ask – has this all got to do with online casinos? There are many online Cryptocurrency casinos where you can play with Bitcoins, but the majority of online casinos today do not accept Bitcoin. Despite this, we may all be playing at Bitcoin casinos soon, and hear are a few reasons why.

Fraud is less of a problem with Bitcoin.

If you hold your cash at a bank, you might make the very reasonable assumption that the money you hold there is yours. The problems are, it actually isn’t – it belongs to the bank.

A bank account is simply a record of the amount of the bank’s money you are legally able to claim when you want to spend it. Banks may even allow you to spend more money than you ‘have’ – for a premium. But at the end of the day if you have money in the bank, then that money belongs to the bank and not you.

If you doubt this, then ask someone about it who had money in a bank that failed. Their money didn’t mysteriously vanish – it wasn’t theirs in the first place. When the bank failed, they lost all their money, so they had no money to pay out to the people who had accounts with them.

Why risk your money being stolen online when you can encrypt it in a Bitcoin wallet instead?

The main problem with keeping your money in a bank is that there are always people who want to get their hands on it for themselves. This can be done via fraud, and as most banking systems run via computers, it takes a hacker to gain entry to systems where the bank’s money can be accessed. If a fraudster successfully breaches several accounts at a bank and yours in one of them, then you might be kissing your hard-earned cash goodbye.

Bitcoin wallets are heavily encrypted, which means it’s impossible to open a wallet unless it belongs to you. Despite what people think, it’s safer using a Bitcoin wallet than a bank!

A lack of other payment options

The number of payment options available when it comes to casino sites seems to be diminishing every day. In the UK, credit card payments at online casinos have been banned. Many popular solutions such as EntroPay has ceased operations, while others like UKash have been swallowed up by other companies (in the case of Ukash – Paysafecard). That leaves eWallets such as PayPal, Skrill and Neteller, and at many top online casinos, you’re banned from receiving bonuses if you use an eWallet!

Bitcoin then is a very healthy alternative that is really easy to use once your Bitcoin wallet has been set up. What’s more, Cryptocurrency casino transactions are processed in seconds – no more waiting five to seven days for your withdrawal to complete!