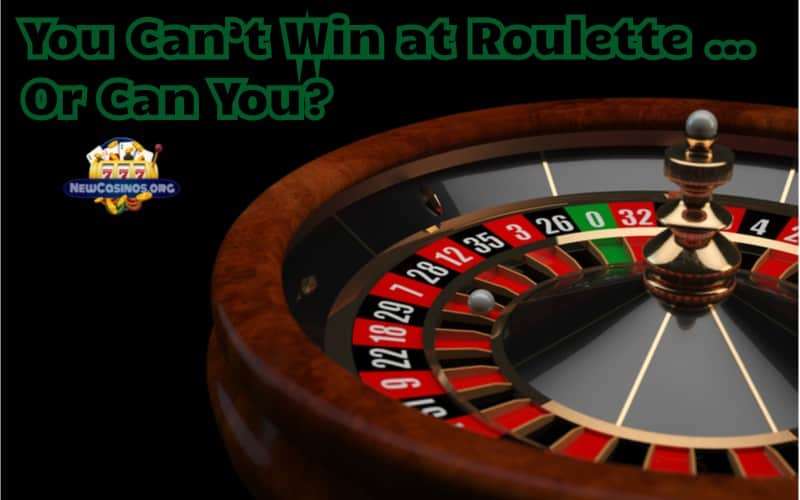 The experts will tell you that it’s impossible to win at roulette, or at least consistently. You may come up with a roulette system that gives you winning streaks, but you will also have losing streaks too. Because the house does not pay out on outside bets when the ball lands in the ‘0’ or ‘00’ slots, it has the advantage and no matter what you attempt to do, and it’s an edge that you cannot get the better of …

… unless you’re Dr Richard Jarecki, that is. Jarecki was a very clever man indeed. He was a child genius who grew up in Germany in the 1920s but fled the country with his parents in 1931 just before the rise of Hitler and the Third Reich. He eventually settled in New Jersey in the USA and began to study medicine.

Dr Richard Jarecki could crunch numbers faster than calculators at the time.

Despite becoming a doctor, Jarecki’s passion was numbers. He could crunch numbers as easily as everyone else crunches their breakfast cereals. He became an extremely adept gambler and would win dollars and dollars off of his friends as he could instantly work out the odds of him winning any hand no matter which card game he tried. Soon, his friends stopped playing him at cards.

Dr Richard Jarecki then turned his attentions to gambling. As this was the 1960s, he could not gamble online so that he would gamble for real at real-world European casinos. His passion was the casino game where there’s absolutely no skill involved whatsoever – roulette tables. Despite it being mathematically impossible to defeat this game, however, Jarecki was convinced that he could … and he did cracked roulette.

The roulette system used was simple (and if you’re rushing ahead to learn of this system so you can memorise it and use it with online roulette then tough cookies … you can’t). In a perfect world, the odds of a certain number coming up on a roulette wheel are 37-1 (or 38-1 in American roulette) … but we don’t live in a perfect world. We live in a slightly flawed world, and Jarecki reckoned that casino roulette wheels could not possibly be perfect. And so it proved to be.

For true randomness, a casino wheel has to run smoothly, consistently and flawlessly. It also has to be perfectly balanced. That may be true of a brand-new roulette wheel, but once a roulette wheel has been through a few thousand spins, biases start to develop. The wheel may become unbalanced, or slow down during its spins, or become nicked, dented or scratched during its years of operation.

Jarecki tested his system for months before he decided to put it into practice.

For Jarecki to beat roulette, he needed to find biased wheels that would reduce the house edge and indeed even swing it away from their favour. Unfortunately, there was a problem – a casino is unlikely to allow one of the clientele access to their wheels so they can determine if they are biased or not. Jarecki’s only choice then was to observe the spinning of the wheel time and time again, record the numbers that come up then work out whether certain numbers or areas of the wheel were coming up more often than they should.

For months, Jarecki played at roulette tables for minimum stakes, betting at a minimum so he could observe the wheel without arousing suspicion. After a long period of analysis, the doctor decides he had enough data to put his system into practice. Jarecki was not a rich man, so all he could risk was $100, but in a matter of hours, he cracked roulette and had turned that $100 into $5,000.

Jarecki moved to Germany so he could play European, rather than American roulette.

By now, Jarecki had moved back to what was now post-war Germany. He recruited a team of assistants who went around Europe casinos to search for biased roulette wheels. In 1964 they found a wheel with a significant bias that held a huge amount of potential as a money generator. Jarecki managed to raise $25,000 so that he could finally test his roulette system for real, and that $25,000 grew to $625,000 within six months.

A new biased wheel was uncovered in San Remo, Italy, so Jarecki bought an apartment there and hit the San Remo casino. In three days he won $48,000. A few months later he went back and cracked roulette again, this time winning $192,000. The San Remo casino suspended him for a few months, and upon his return, he won $100,000.

Casino bosses used to shudder whenever Jarecki walked into their establishment.

Eventually, the casino worked out what Jarecki was doing and – at great expense but cheaper than losing to the doctor time and time again – they changed all their roulette wheels, but not before the San Remo casino director labelled Jarecki “a menace to every European casino”.

Jarecki would eventually amass a $1.2 million fortune using his technique. He returned to the USA and became a commodities broker trading in precious metals. He tried his roulette system again, but found casinos were taking greater care in the installation of their roulette wheels and changing them more frequently (being helped by the fact that such wheels were now much cheaper to manufacture).

He retired in the 1990s with $12 million in the bank from his brokering days and moved to Manila, in the Philippines. The man who created the roulette system that finally bested casinos passed away in 2018, at the age of 86.

The answer to that question is probably not. Roulette wheels are motorised today and perfectly balanced when installed and maintained regularly. Now or days, you can’t just walk in the Monte Carlo casino and initiate Dr Richard Jarecki’s system at the roulette tables and expected it to work. The chances of finding a biased roulette wheel these days are very slim indeed. Sadly, casinos have re-established their edge over their punters once more.