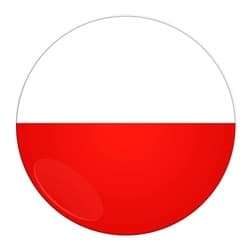 EnergyBet has officially announced its decision to withdraw from the Poland market. It is the latest online gambling operator to quit the Eastern European country of Poland. The company will officially halt its operations in the country as from the 1st of April, 2017. With that said, all the affiliate partners of EnergyBet have been asked to ensure that all advertising and promotions focused on the Polish national market be removed before the D-day.

The company will not go away without compensating its investors. Therefore, the company will close all accounts owned by Polish residents and ensure that they return any balances. However, EnergyBet will honor all the bets that will be placed before the official cut-off date.

The decision to shut down the company in the country is not unrelated to the conservative Polish government which has refused to head to the EU by making adjustments to regulations concerning gambling in Poland. According to an official statement released by EnergyBet, the management has been observing for some time hoping that the Polish government would institute developments and changes regarding regulations for betting games, but sadly for them, it wasn’t the case. On the contrary, the new restrictions placed on betting games coupled with the hostile environment for gamblers in Poland has made operations for EnergyBet non-lucrative.

The management of EnergyBet however expressed its regrets about the inconveniences and disappointments that has been brought by their decision to cease operations in the country.  The Chief Executive Officer of EnergyBet, Marcin Sapinski, in his words said “The Polish market has always been very important to us, and we share the frustrations of Polish customers.” However, he thanked their clients in Poland and assured them that they were going to continue monitoring developments and will not fail to return to the Polish market if things changed.

EnergyBet nonetheless, isn’t the first company to announce its exit from the Polish market this year. Recall that just last month, the sports betting operator known as Pinnacle Sports also announced that it was going to halt operations in Polish market by early April 2017.