Financial Gambling News Round Up 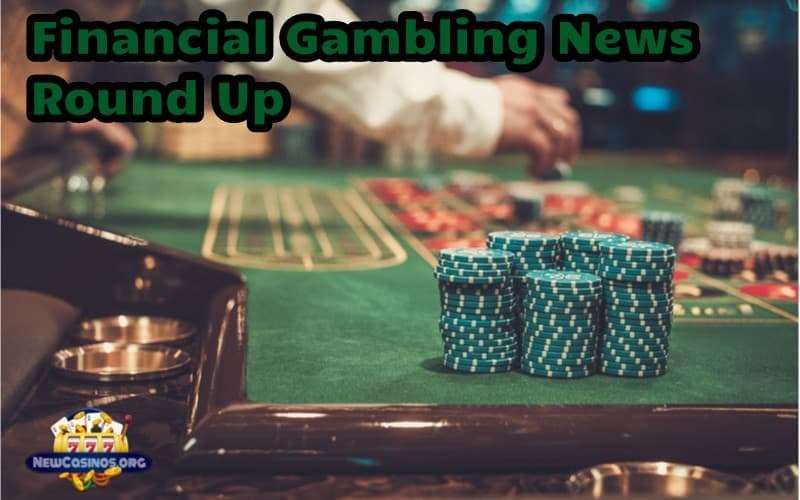 Now that we are firmly into 2020, online gambling companies are beginning to make moves to make sure that they remain profitable for the foreseeable future. Some companies have done just that, while others have released information to help allay people’s fears that they are about to go to the wall.

Here is all the major financial gambling news round up of the past couple of weeks.

Kindred Group announces losses as the cost of US expansion soars.

The Kindred Group – owners and operators of leading sports betting brand Unibet – has announced a year-on-year profit decline for 2019. The group have blamed their attempts to expand into the US market in 2019/20 for this loss.

Kindred’s revenue actually climbed in 2019 by 0.6 percent to over £900 million. Revenue from Western Europe rose by 7.6%, but that was more than wiped out by falls from Nordic revenue, which was down by 15.7%.

The CEO of the Kindred Group, Henrik Tjärnström, said: “Some of the factors that impacted the fourth quarter of 2019 were the same as we reported in previous quarters, such as the Swedish regulation and increasing restrictions in the Dutch market. These and other headwinds are a normal part of our business that we address, adjust to and, over time, use as a competitive advantage.”

Overall in 2019 Unibet made a gross profit of over £500 million, which was a drop of just under 8%. The company’s administrative costs rose by just under 16%.

The good news for Kindred though is that so far in 2020, matters for them have improved. Figures for the first month of 2020 show a 5% increase in comparison to the same period in 2019.

The future is looking rosy for Evolution Gaming.

Evolution Gaming whom, along with NetEnt and Playtech are regarded as the kings of live casino games, has announced substantial increases in revenue for 2019. In the company’s most successful operating year so far, its operating revenues climbed by a massive 49%. In 2019 the company made almost €366 million.

The company’s earnings before interest, taxes, depreciation and amortization (EBITDA) rose by a colossal 70% to just under €183 million. The company performed significantly well in the final quarter of 2019 in which operating revenues rose to €106 million, and EBITDA experienced a 77% hike.

“I am delighted to be able to present yet another strong quarter which summarises a successful 2019 for Evolution,” said Martin Carlesund, the Chief Executive Officer of Evolution Gaming. “The products we launched during the year – including new titles in the Game Show category – in combination with continued strong market development and global demand, have contributed to a very high growth rate. Furthermore, we also experienced strong results from the investments in increased studio capacity we have made in recent years. Those factors, in combination with a constant pursuit of cost efficiency, has had a positive effect on our margin.”

NetEnt, despite being regarded as the premier supplier of online gambling software to internet-based casinos, has had a tough time of it of late. The first half of 2019 was a disaster for them, mainly because of the decline in revenue from Nordic markets after regulation changes. The final figures for 2019 though show that there’s still light at the end of the tunnel for the Swedish software giants, though.

This enabled the company to post a yearly revenue of almost SEK 1.79bn, a rise of just 1%. EBITDA for the year was up 5% to SEK 855m. NetEnt’s acquisition of Red Tiger contributed SEK 93m to EBITDA and SEK 126m to revenue.

“Since December, we have seen all-time highs in the number of players for our live casino, which supports our belief in growing revenue from this segment,” said NetEnt CEO Therese Hillman. “Since the acquisition, Red Tiger has exceeded our expectations and now forms a vital part of our ongoing improvement efforts within the NetEnt Group. “We see good conditions for NetEnt to deliver growth in 2020, supported by our combined game portfolio and live casino.”

Kambi credits US expansion with a 21% hike in 2019 revenues.

Online sports betting is becoming increasingly accepted in the US in the 21st century, with several states now lifting the ban on betting on sporting events via the internet. One of the world’s leading providers of sports betting technology – Kambi – has credited its recent financial successes to its investment in US markets. The company reported revenues of just over €92.3 million for 2019, a 21 percent climb compared to 2018.

In recent months Kambi has signed deals and agreements with the Seneca Gaming Corporation, launched in three of the Casinos that Seneca run in New York. Kambi also now has deals in place with DraftKings and the New Hampshire Lottery. Kambi went live in New Hampshire in December last year.

Kambi’s CEO, Kristian Nylén, said: “I’m delighted to report another strong quarter, which rounds off a year in which annual revenues grew by more than 20 per cent and operator turnover by more than a third. Looking back on 2019, it was another great year for Kambi, as we continued to build out a fantastic sports betting product, expanded into multiple new markets and signed six new partners, all of which leaves us in a great place for 2020.”