A History of Gambling in Hong Kong 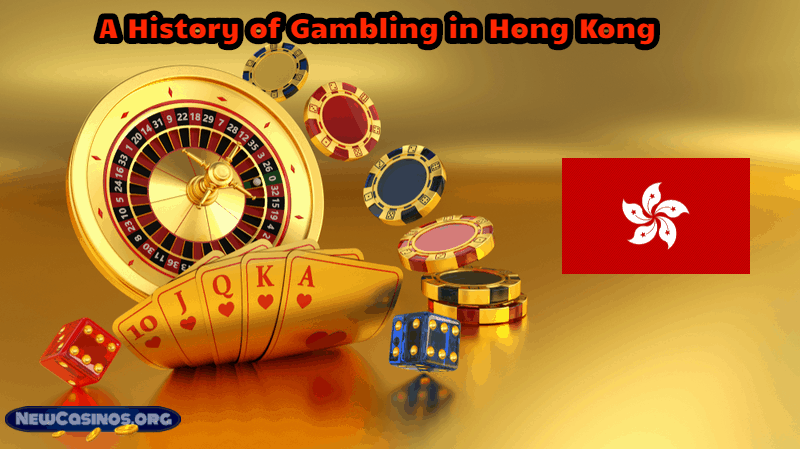 Gambling is popular the world over, and has been since the time of the Ancient Greeks, and probably even before that! A fair percentage of people the world over enjoy a little bit of gambling now and again, and that includes people in Hong Kong. New Hong Kong casinos online are springing up at an excessive rate, and – as long as they don’t make a song and dance about it – people in Hong Kong are free to play pokies and casino games online any time that they wish.

But is Hong Kong a hotbed of gambling, just like its fellow Chinese ‘special district’ of Macau? How many Hong Kong casinos are there? Which are the best online casinos available for Hong Kong players?

All these questions will (possibly) be answered as we look into the history of gambling in Hong Kong.

Hong Kong (which translates to ‘beautiful harbour’) was a fishing village that became an important port for the transportation of goods from China. Between 1839 and 1842 a war was fought between Britain and China over trading rights. Britain won, forcing China to sign a trade agreement. As part of the treaty, the Chinese gave Britain Hong Kong.

Britain ruled Hong Kong for well over a century but in 1984 began the process of peacefully handing back rule of territory to China. The process was completed in 1997.

Hong Kong is now known as the ‘Hong Kong Special Administrative Region of the People’s Republic of China’. The territory, which has a population of 7.5 million people, is self-governing but remains part of the sovereign state of China.

Gambling in Hong Kong … a little bit of history …

Although Macau and Hong Kong are geographically very close (you can catch a ferry from Hong Kong to Macau and the journey takes around one hour), when it comes to gambling there are pretty far apart. Gambling in Macau not only is legal, but it is also positively encouraged! The same cannot be said for Hong Kong. New live casinos and live dealer casinos for Hong Kong players are stymied a little as online casino gambling in Hong Kong is illegal, although the authorities tend to turn a blind eye to it.

You may ask yourself the question, why can something that’s illegal be ignored? The answer is that Hong Kong is a major financial centre and a source of revenue for the Chinese government. The Chinese wish to encourage financial partners from all over the globe to come with their business to Hong Kong, so it would not look good if a businessman from, say, the US was found playing Starburst in his hotel room and then thrown in jail!

It is not legal to run online casinos games in Hong Kong, though, or advertise online casino sites or online pokies or games.

Gambling in Hong Kong has not always been prohibited

This hit horse racing badly, which had become a major stream of revenue for several Hong Kong businesses. In 1884 the Hong Kong Jockey Club was formed to oversee horse racing and horse racing gambling. The remit of the HKJC was simple – all profits the HKJC made were to be ploughed back into local charitable causes.

Lottery betting is the only other form of gambling available in Hong Kong. It was legalised in 1975, despite the popular ‘Hong Kong Mark Six Lottery’ has existed since 1943.

New Hong Kong Casinos … which are the best?

As you should have worked out by now by reading this online casino blog post, it is illegal to operate an online casino within Hong Kong. That’s said, there are many dozens of online casinos that operate out of countries that are not Hong Kong that is perfectly happy to accept players from the territory.

There are several ways you can choose the best online casinos for players who are based in Hong Kong:

Remember, playing at an online casino while you are in Hong Kong is done so with the understanding that it’s at your own risk. Also, remember that you should always gamble responsibly, and never risk money that you cannot afford to lose.