Legend of the White Snake Lady Slot by Yggdrasil Gaming

If you’re looking for a developer that almost never disappoints in terms of production value in their games, then Yggdrasil Gaming is clearly among those to check out, and in Legend of the White Snake Lady slot is one of the games where they’ve outdone themselves. It’s one of the best looking slots that you will find anywhere right now and it’s inspired by Chinese mythology, though they’ve built in some fortune related stuff as well.

A game that offers 5 reels, Legend of the White Snake Lady slot will have 243 ways to win that will be used in the formation of any winning combinations that might come your way. Some extra help in making the slot a profitable affair will come from features such as: 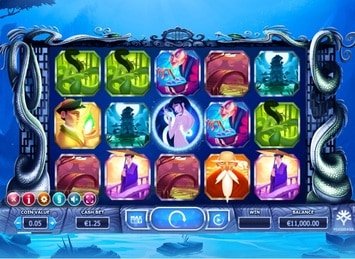 Digging down into the mythology of China, something that plenty of developers have been doing can bring us some very interesting stories and the resulting slot machines can be a lot of fun. It’s what happens once again in this Yggdrasil Gaming slot, one of the games with the highest production values that I’ve seen this company release. You have 100% themed symbols on the reels and the design quality is outstanding.

Besides the awesome graphics and the very long title, you can count on Legend of the White Snake Lady slot also offering several interesting features, which should make the action a lot more fun. 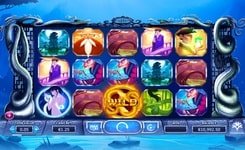 One of those features comes via the wild symbol, which by landing on the 3rd reel will also trigger for you a respin. The wild will be locked in the position it appears in and will always give a respin after that. The other positions will spin for free, while the wild stays put and tries to be a part of any new wins that might be forming during that additional round. Since the wild is only available on reel 3, it can appear again there, and when that happens it adds additional respins to the total. You can get up to 3 locked wilds on reel 3 that way.

The Wild will be available to be used as the replacement for the regular symbols when it appears on reel 3 and it just so happens that you’re missing a symbol there at the time. The wild will be that symbol and it will contribute to your combo.

The White Snake Lady isn’t really a feature symbol, more like a jackpot trigger. As I mentioned before, it’s going to offer you a huge payout, but only if the wild doesn’t help out with the combo. If it does, the jackpot drops to just 10% of what is normally offered.

In games which rely on the system with ways to win, you don’t need to actually wager on 243 different lines, as the game will pick a smaller number of lines and will use them for your bets.

In the case of this game, we have 25 fixed lines which when activated are considered sufficient for the 243 ways to win that actually exist on the reels. You, as a player, only need to select a wager for each of those 25 lines, or a coin value if you will. As you can pick a coin value from a range that starts at $0.01 and goes up to $5, this automatically sets the total bet at $0.25 to $125 (multiplying the coin value by 25 for just as many lines that need to be covered).

In certain ideal conditions, this slot will be capable of paying as much as 25,000 coins, while using only five symbols that form a regular combination. The requirement for that to happen is to land up to five White Snake Lady symbols, on just as many reels. They must be 100% symbols of that type, they can’t get help from the wild, or the reward drops to just 2,500 coins if that happens. Knowing what kind of denomination is possible inside, we can figure out that the game will offer a reward of up to $125,000 for its best winning combo.

Long-term, the slot will have an RTP of 96.1%, the official theoretical percentage that has been calculated by Yggdrasil Gaming. It’s neither good nor bad, these days it’s just an average slot machine.