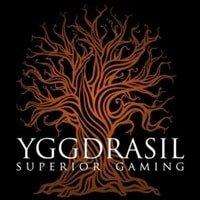 One of the most interesting things about the online casino industry is that they have to regulate themselves to a large degree because there are no international standards that have been set and monitored. The closest thing we have is a set of the top four or five licensing jurisdictions out there, and the Yggdrasil Gaming license list has expanded to include another of those top options with the recent addition of Gibraltar.

Why This Yggdrasil Gaming License is Important

If you ask any industry expert to list off the most reliable and established online casino licensing jurisdictions, you’re going to see Gibraltar on the list. Also on this list would be the United Kingdom, Kahnawake, Malta and Antigua, though the exact order might change depending on who you’re talking to. For Yggdrasil to add yet another top-tier licensing jurisdiction shows that they are very serious about crafting an ultra-solid reputation for fairness. Since they already have a tremendous reputation for their games they’ve produced for mobile casinos and other establishments, it’s cool to see that they’re focusing on both sides of the equation, which is the plan that will maximize their long-term growth.

Something you’ve got to understand about Yggdrasil is that they might be the single company in the online casino industry as a whole right now who has the most momentum. They were on fire coming into 2016, and they proved it by picking up the 2015 EGR B2B award for Software Rising Star. They proved that the judges were right this year when they picked up the 2016 EGR B2B award for Slot Provider of the Year, and this is on top of their 2016 International Gaming award for iGaming Software Supplier of the Year. They are doing a lot of great things with the momentum that they have, and they’re showing no sign of slowing down.

The online gambling industry has to police itself to a large degree, and one way they do this is by signals from licensing jurisdictions and awards ceremonies. The awards listed above are important, but so are the Yggdrasil Gaming license providers because they show a real level of oversight. You can’t fake a major licensing jurisdiction who has a reputation for six-figure and seven-figure fines against companies that don’t abide by their rules, and you can’t fake jurisdictions that have no problem pulling a license away from a company if they don’t follow the right policies and business practices. Because of this, these licenses add a huge amount of credibility to this software company, and it’s just another part of their overall strategy for tremendous growth.