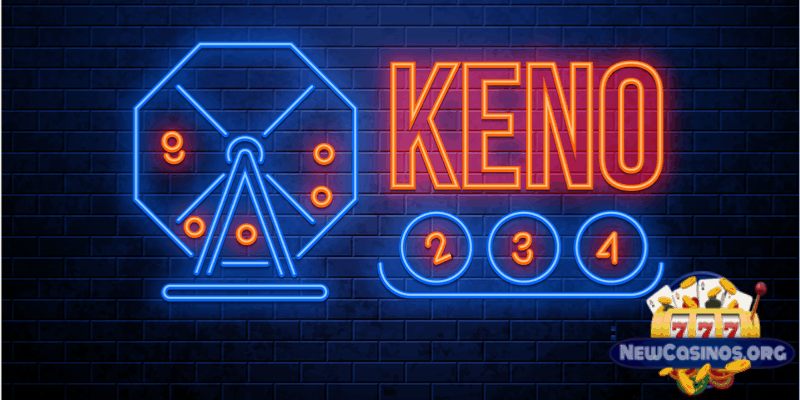 Some games started as a result of creativity, others as mimics of natural phenomenon and as themes for movies and tales. However, some casino games were actually started by the government itself! Can you imagine that? Keno has the richest history of all betting games in terms of age, cultural and historical relevance. Keno is the world’s most ancient casino game, and it continues to thrill many fans across the globe. In this post, we are going to trace the history of Keno, and explain every detail to you!

And as a quick summary, Keno is one of the leading names you can find in any American casino. But it did not originate from the west- the game is far older than America, and it was introduced by the Chinese after its invention several thousands of years ago. Lots of legends attempt to explain the game’s origin we’re going to cover as many as we can. Also, the relationship of the Keno game to the politics and infrastructural development of China can’t go unmentioned. The same case applies to the impact of the introduction of Keno to American gaming culture.

First, so that we leave no one in the dark, it’s essential to address the simple things. Keno is a lottery-type of gambling game. It is played by choosing numbers between 1 and 80. When all players have picked their number and made their wagers, about the house, draws 20 numbers at random. The total numbers drawn depend on the rules of the Keno variant. Modern casinos draw these numbers automatically using a random generator. The winning player gets the payment depending on the numbers picked, the amount wagered and some matches.

Keno is widely known as one of the simplest games to play in a casino. However, the history behind the game is far more sophisticated than its gameplay. Keno is not only known for having funded the Chinese government in the past, but also as one of the primary sources of funds for building the iconic Great Wall of China.

This game is about 3000 years old, and it traces its roots back in the East.  Keno’s original Chinese name is Paige Piao or pai-ko p’iao. In China, the word refers to a white pigeon ticket. The reference depicts a bet that involves pigeons. However, the current Keno name draws its meaning and wording from Latin and French languages.

The original ticket used for Baige Piao is still remembered in China mainly because it was one of the first eighty ideograms put in the Qianziwen (A Book of a Thousand Characters). The book is part of the classic literature of ancient China.

Most provinces of ancient China were already playing the game by the 3rd century BC. According to reports, Keno was played at gambling houses across the provinces with the permission of the governor who earned shares of the profits.

Easy to guess, China is one of the earliest civilizations in the world. Long before most of the world could invent houses and systems of governments, the Far East country had already begun to introduce a firm order of government. At that time, they did not have a parliament or the kind of modern government than they do today. Instead, dynasties took the role of leadership and imposed their rule on everyone in the land.

One of the legends that try to explain the origin of Keno traces it back to the Han Dynasty, which ruled China about 3000 years ago. Cheung Leung was the leader of the Han Dynasty at the time, and he got caught up in lots of wars. The wars lasted long, and this meant that his government could no longer take the economic hit. So, he taxed the people until there was little left to levy.

On realization that the people were already exhausted with too much taxation, Cheung came up with a smarter idea. He decided to bring a lottery game that would collect funds for the war. Keno gained a lot of popularity, and everyone in the cities was interested in winning the jackpot. Through this game, the government raised enough money to continue with the Han Dynasty wars.

Keno for the Great Wall of China

Years later, after Cheung Leung and the Han Dynasty wars were over, Keno was once again used for a national course. Cheung success in using Keno to save his village from enemies made the game renowned across China. That’s why it doesn’t come as a surprise to have people use it to build one of the ancient time’s most amazing infrastructural icons. A legend explains that the Great Wall of China, which still stands as one of the most-sought Wonders of the World, was built using Keno. The game brought in the resources and money needed to construct the wall.

Chinese immigrants brought Keno to the West Coast in the 1800s. The Chinese railroad’s workers introduced it to their workmates as a source of entertainment and a way to relax. The game thrived in San Francisco Chinese settlements even though betting was illegal in the United States.

But, there was one problem that Keno enthusiast faced- the Chinese characters were too complex for the average railway workers to understand. So, the players had to embrace Arabic numerals. This way, many English speakers started to play Keno.

Lotteries remained illegal in the US until 1931. Keno’s nature was that of a lottery, and so, it couldn’t be played. Enthusiastic with the game, players changed the name to Race Horse Keno. This meant that the game was a bet on horses. The numbers represented the racing horses. Thus, keno bets were easily referred to as horse bets. After lotteries were finally legalized, most people continued calling the game a race.

By the mid-twentieth century, Keno was already being played in casinos. The numbers changed from 120 to 80. Then, after the legalization, Warren Nelson opened Casino Keno in Nevada in 1936.

For nearly 3000 years, Keno has been a physical game. But, in the digital era, it is now played online. You can play at online Keno casinos jut the same way you do in a brick and mortar casino.