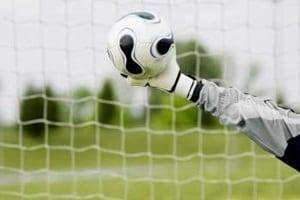 Only Days Remain till the turn of a new month and with it comes with some Hot February Soccer Bets from across several European leagues. This month will pit several domestic rivals against each other as well as some mouth-watering fixtures in the European Champions League.

You can catch all best betting lines for these hot February soccer bets from all the promoted bookmakers here in our portal offering soccer betting. With each of these bookmakers, you can enhance your lines by making in-line bets like which team will score next, predicting the scorers, half time results and so much more features to make your experience come alive.

Let’s start off with the popular Premier League where the Red Devils – Manchester United will go head to head with the table toppers and favorites to win the league – Arsenal, and then also meet strugglers but current champions – Chelsea. Expect fireworks between these sides, where the rivalry and history always make the games very pumped up and exciting.

The City of Liverpool will also be hosting its own derby; that between Liverpool FC and their local town rivals Everton. In a match that never goes scoreless, you can take the opportunity to predict the score-lines and potential scorers in this close bout. Who will take the bragging rights?

Off then to Germany’s Bundesliga where the European giants, current champions and league leaders – Bayern Munich – will be facing Wolfsburg and the Bayer Leverkusen. There is no taking prisoner in these games as wins for Wolfsburg and Bayer Leverkusen will go a long way in knocking Bayern off their Perch and cementing their places in the European spots. Will Bayern’s Lewandowski or Leverkusen’s Hernandez continue their fine scoring run?

The Italian Seria A will also feature matches between perennial enemies Juventus and Inter Milan as well as another hot encounter between Juventus and Napoli. And with the league so close to call; Fiorentina will also face off with Inter Milan then followed up with a match against Napoli.

Across Spain, all eyes will be on Real Madrid as they take on town rivals Athletico Madrid while the Hot February soccer bets will also feature a match between FC Porto and eternal rivals FC Benefica in the Portuguese Primera Division.

Champions League is back with a Bang

It’s been 2 long months and the Champions League is back with for the round of 16 matches. This year will be as exciting as ever with English Clubs Chelsea and Arsenal taking on French club Paris Saint Germain (PSG) and FC Barcelona respectively. In other hot matches, Juventus will face off with Bayern Munich while Real Madrid took on Italian Side AFC Roma.

If you haven’t signed up to any online bookmaker or looking for the best betting lines, Sign up to Real Deal Bet Today and Enjoy the best customer experience, bonuses and lines.