8 Sneaky Ways to Cheat At Slots 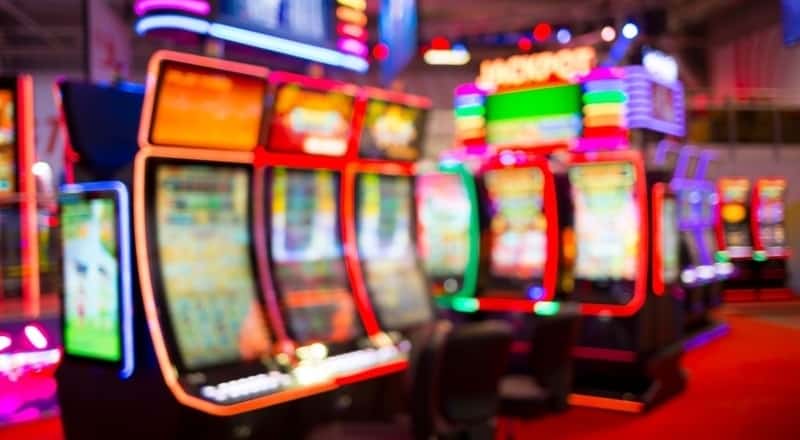 Wouldn’t be nice if there were a cheat sheet for winning at slot machines? Lucky for you, we have rounded up 8 sneaky ways you can leverage to win big at slots. It doesn’t matter if it’s a popular slot like Starburst or a newer title like Berryburst; these insider secrets are poised to work like a charm.

This cheat applies to only land-based casinos and physical slot machines that you find in bowling alleys, entertainment hubs, and other gambling houses. It is an age-old trick that has been used by gambling cheats for many years.

These no-so-savoury folks like their coins shaved. The idea behind a shaved coin is to trick the slot comparator that a coin or token has been entered into the machine. This slot cheating method, however, had died down in the last few years when the advanced optic sensors were installed on the machines. If you can still find a machine that still uses a physical comparator, shaved coins will certainly come in handy.

This one borrows a leaf from the video gaming industry. As you might already know, gaming authorities like UKGC use certain codes to see to it that slot machines operate fairly and correctly. The so-called source code is what determines the behaviour and payout trends of a particular machine. If a given slot doesn’t deliver the desired outcome (say the payout is high or low), the authority will inform the developer and casinos of the same.

This is a good thing. In fact, it’s the only way to keep rogue developers and shoddy casinos from rigging their slots machines in favour of the house. But, what if the engineer(s) at the gaming authority decides to use the source code for their own gain?

That’s exactly how slot cheat codes come into the picture. If a rogue engineer wants to take advantage of the source code, he or she will create a pre-programmed code that will allow them to win in a predicted way.

The case of Ronald Dale Harris, a former engineer with the Nevada Gaming Commission comes to mind when we think about cheat codes. For several years, the engineer cheated slot machines using a cheat code, making away with thousands of dollars in wins. In one particular instance, Harris won a whopping $100,000 in 1998 at a game of keno. That’s actually how he got caught.

Don’t take this too literally – or should you? In the bygone era before casinos started using ticket printers for payouts, there were infamous folks called the “spooners.” The main payout method was through coin hoppers that paid from a pool or box of coins. In fact, most slot machines came with coin tubes that stacked coins for payouts.

That’s where spooners brought their A-game. They used a spoon-like tool to hold the coin tube slide open, releasing as many coins as there were inside. It was long before spooning rings were thwarted, and printer tickets were introduced.

This is yet another slot machine cheat that worked in the bygone era, and not so much today. In the heydays of 1970s, the casino scene was breaking out with lots of slot machines that used magnetic mechanism for several features. One of the key features was the spinner.

During this period, cheats used strong magnets to tamper with the casino slots. More specifically, the magnet made the slot to spin freely, and therefore the player can stop it at a winning spot. Most of today’s slot machine leverage RNG mechanism, which makes it hard for magnetics to rig them.

Developed by notorious cheat, Tommy Glenn Carmichael, the Monkey Paw is one of the most laborious slot machines cheats of all time. This cheating tool allowed the player to trip the slot payout device in such a way that it can make payments without an actual play.

Here’s another cheating method that one Dennis Nikrasch used to rip casinos off thousands of dollars. He kicked up the slot machine rigging game a bit. Instead of using a spoon, fake coil or shaved coins, Dennis designed a slot machine computer chip. This way, he knew how the machine works and how it plays. He hired a league of other scammers who would swap these adulterated chips with those that came with the machines.

RNG is short for random number generator. It’s the core engine of any slot machine. As a game of chance, any slot has to have an equally random way of generating outcomes. That’s exactly why the RNG system was developed. It differs from developer to developer, but it works in pretty much the same way.

Modern slot cheats often target the RNG system. They hack or reverse-engineer the generator, making it easy for them to manipulate the outcomes. A good example would be the Russian hackers who hacked into Aristocrat Mark VI slots and reverse-engineered the RNG algorithm. Once they cracked the code, they went to the US and started scheming slot machines there.

Although developers go to great lengths to ensure that their games are glitch-free, errors do happen in their lines of code. That’s why it comes as no surprise that some casino sites use the “software glitch” as an excuse not to pay high winners.

One such software glitch occurred back in 2015. A 90-year old grandma made away with $41 million in Missy Kittle winnings at Isle Casino. Unlike other cheats, however, the grandma didn’t get paid after all.

Hackers and casino cheats often take advantage of such glitches to help themselves to easy winnings. They often use additional code to trigger wins or confuse a lot machine to make payouts.