Best Keno Variants You Should Know Before You Play 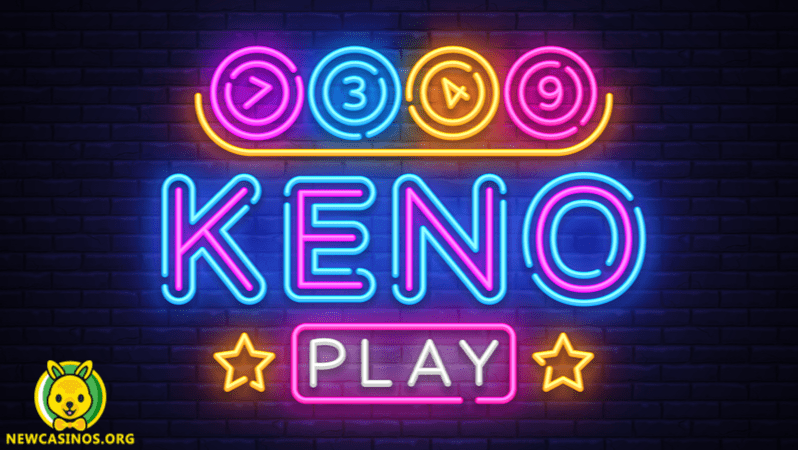 Online keno is an exciting and highly profitable casino game that you can ever play, but do you know there are many keno variants you can try out? It’s important for you to understand how different variants of keno work. This is because small changes in the rules of a game can mean a huge difference. As shown below, there are different keno games with free games or extra multipliers. Keno is very popular across the globe mainly because of the simplicity of the game. All you have to do is pick your numbers and choose your bet size and just wait for the outcome of the game.

Keno is a Game of Pure Chance

One of the most important things that you should remember about this game, is that it’s a game of pure luck. The only way you can change the outcome of the game is by choosing certain numbers. There are some players who devise unique strategies to play real money keno. Some players choose to play with certain lucky numbers while others just let the software choose the numbers randomly. Despite your keno strategy, there is nothing that beats the feeling of choosing the correct numbers. Today, there are numerous variations of keno and new ones keep popping up at different online casinos. Every keno game has different variations to pick from. Following are some of the most amazing online keno variants available online.

Most keno games are drawn from the pool of about 80 balls. Mini keno draws from 40 balls. Also, while the standard keno game only draws 20 balls; mini keno draws half of this number, which is 20 balls. However, there is nothing special about mini keno with regards to the rules of the game. Besides the fact that it’s the mini version of the standard game, it follows similar rules. The 40-ball keno is developed by Playtech, one of the most reputed software providers.

If you match a specific number while playing keno, this is called a catch.  When you choose to play Power Keno and catch the last ball in the game, you get to benefit from the 4x multiplier. Moreover, Power Keno is a great 80-ball game. Therefore, the chances of matching the last ball in this game are 1 in 80. While this is not likely, it’s still possible. And because you do not have to pay more for the side bet, you should still consider playing this game. There are 20 balls that are drawn and players can choose between 2 and 10 numbers.

How does the Power Keno 4x multiplier sound to you? You will be glad to know that the Bonus Spot Keno also features a multiplier. The only difference is that, unlike Power Keno that pays after you catch the last ball, Bonus Spot Keno multiplier pays when you catch the first ball. In Bonus Spot Keno, the casino determines the size of a multiplier. Therefore, it’s always important to check this out when choosing the right online casino. Today, you can easily find one that goes from 5x to 10x. You can also find this keno variant at some of the biggest land-based casinos. Overall, there are 20 numbers that are drawn in Bonus Spot Keno, ranging from 1 to 80. As is the case in Power Keno, you can choose between 2 and 10.

The first live dealer keno game was released in 2020. Technological advancements in the online gambling world seem to have changed so many things. Mega Ball was the first one to be introduced online. The Mega Ball is a lotto/keno hybrid casino game but works the same way as other keno games. It’s all about matching the numbers that are drawn from the ball machine. Technically, keno is a 51-ball game and you can purchase multiple cards for every draw. Overall, 20 balls are drawn and before the last ball is chosen, the random multiplier of between 100x and 5x boost your casino winnings. If it’s your lucky day and you’ve hit the maximum multiplier, you can win the biggest cash prize of about 1,000,000 times when playing Live Mega Ball.

Keno Vegas is a Vegas themed keno game that is very popular in the US. It’s a standard keno variant that allows players to pick up to 15 numbers from the board comprising 80 numbers. Your chances of winning depend on the numbers you are able to match. You stand better chances of winning more money if you match more numbers. The betting limits are pretty wide and the minimum and maximum bet limits are $1.00 and $200.00 respectively. As is the case with many keno variants, this game comes with a “Lucky Dip” feature that chooses random numbers. Moreover, there is an “Auto Play” feature that automatically plays multiple rounds without any interruptions. With a house advantage of 5.55%, the average return to player percentage of this game is 94.45%.

Unlike other keno variants that share many similarities with standard keno, Disco Keno borrows a few aspects from Bingo. Instead of choosing numbers, players get a chance to pick up to 8 lots of cards and every card comprises 15 numbers. The balls are drawn from the board of 80 numbers and the primary goal is to make sure you match at least two numbers on one card. The theoretical return to player percentage of Disco Keno is 93.51%.

Developed by 1×2 Gaming, Keno Kickoff is a popular football-themed keno variation where the board only comprises 40 numbers instead of 80. Players can pick up to 10 numbers that are represented by footballs. The amount of money you win depends on the numbers you are able to match. The minimum and maximum bet limits allowed while playing Keno Kickoff are $0.10 and $20 respectively. The maximum you can win while playing this game are $10,000. Keno Kickoff has a return to player rate of 84.90%.

The rules of playing multi-card keno are similar to those of the single card keno. However, there are some online casinos that allow players to play with up to 20 cards. You stand a better chance of winning if you have more cards.

This is a slot themed keno game. In keno slots, players have a chance to choose more numbers than when playing standard keno. Furthermore, keno slots run much faster as opposed to the standard keno. This means you get to play more games within the shortest time possible. With keno slots, you can win life-changing progressive jackpots.

This is a relatively new keno game that can be played via mobile devices. This means players can enjoy their favorite game even when they are on the move.

The above list of keno variants covers most of the different variations that you can expect to find online. Based on the keno website where you want to play, you will also find other popular keno variants such as Cleopatra Keno and other variants. However, before choosing the right keno variant to play, always consider the following factors: What’s the return to player percentage of the online keno game you want to play? – Like other casino games, keno comes with a house edge. There are some keno games with a return to player rate of 80%. However, you stand better chances of maximizing your profits by choosing keno games whose RTP is 95% and above. Does the online casino offer keno bonuses? – Hefty keno bonuses can give you a great advantage. The best casinos offer players lucrative bonuses. For instance, you will find a casino that offers a 100% bonus, this means depositing $100 into your account gives you an extra $100, which means you will have $200 to play real money keno. However, always keep in mind that most bonuses come with game restrictions. Many casinos will not allow you to play card games using the bonus.