The History of Las Vegas Casinos 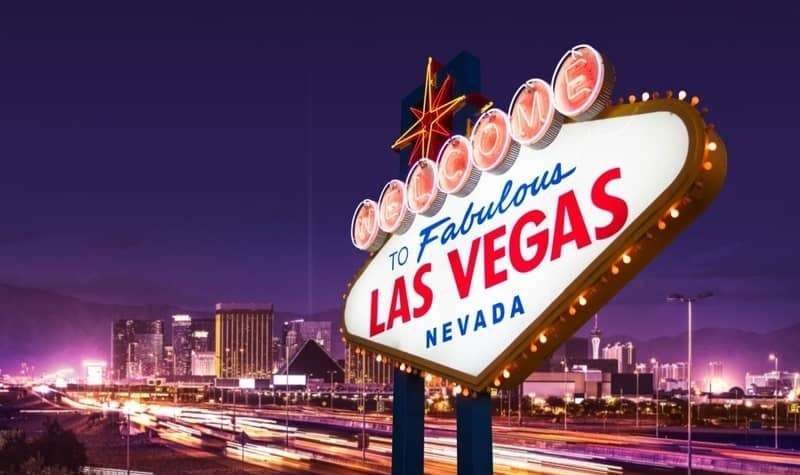 There are no question Las Vegas casinos is the nerve centre of the world. With more than 120 big-name casinos, hundreds of high-end hotels, and annual revenue of more than $63 billion, it’s no wonder The Strip is often touted as the “spiritual home” of casino gambling. No matter how you look at it, Las Vegas is a dream-come-true for any casino gambler and fanatic.

The history of Las Vegas casinos is as colourful, as celebrated, and as fascinating as The Strip itself. In fact, ever since casino gambling was given the green-light in the early 1930s, Las Vegas Casinos have always been at the forefront. Of course, over the years, they have made huge leaps and bounds, putting Las Vegas on the world’s gambling map. Whether you are a veteran or a recreational gambler, Las Vegas casinos have everything you can ever dream of.

In 1931, gambling was legalized in the United States, paving ways for the development of “casino houses.” However, it was not until 1941 that the first Strip hotel, El Rancho Las Vegas, opened. Even then, legal gambling was still a foreign thing in Las Vegas.

Fast forward to 1941, Pink Flamingo, the first luxury casino hotel, was opened by serial gangster Bugsy Siegel. It’s now called Flamingo Las Vegas after it was rechristened in the year 2000.

In 1946, the Golden Nugget Casino swung its doors open in the heart of downtown Las Vegas. The coyly called the Nugget is still the largest luxury hotel-casino in The Strip, boasting of more than 2,400 high-end rooms and amenities that’ll knock your socks off. Although it has been revamped several times over the years, this casino still has a few touches of its 1940s and 1950s self.

On 24th, July 1947, Club Bingo, the fourth casino in Las Vegas strip was opened. The Sahara hotel portion of the Club Casino establishment that exists today was built five years later, in 1952.

The fifties was an awakening period of the Las Vegas casino scene, with more casinos added in the decade than in any other place in the world. In fact, Las Vegas started to become a true vacation destination in the 1950s, welcoming the era of the Liberace, the Rat Pack, and Elvis Presley. It’s also during this decade that The Strip became the destination for quick marriages and divorces, the famous title “the sin city.”

In 1952, the Sahara and Sands hotels opened for business. The Sands was built on the ground on which the Venetian now sits. A year later (1953), the Desert Rose Motel was opened. Monte Carlo now occupies the land on which this hotel was earlier built.

The Showboat Casino opened its doors in 1954 but was renamed Castaways later in 2000 before it completely closed four years later.

In 1955, both the Riviera and Dunes opened, with the latter being replaced by Bellagio in 1993.

The Stardust, known for having the largest swimming pool in the strip, opened in 1958, but it closed in 2006. In 1959, the Flamingo Capri opened and had a run until 1979 when it was renamed Imperial Palace.

The heydays of the 1960s were also quite interesting times for the Las Vegas casino scene. It was during this era that aerospace mogul Howard Hughes checked into a Desert Inn’s penthouse and never left.

For Las Vegas casinos, the 1970s were also not shabby. It’s at this period that prolific writer Hunter S. Thompson visited the strip, inspiring his famous novel Fear & Loathing in Las Vegas. The much-covered death of FBI agent Bill Coulthard put Las Vegas on headlines in 1972. Notorious gangster owner of Horseshoe Casino, Benny Binion, was suspected for the murder.

There were also notable casinos that opened in the seventies.

In 1973, three casinos joined the ranks, namely: Holiday Casino, MGM Grand, and Ambassador. The Holiday Casino was later renamed Harrah’s in 1992. It currently boasts more than 1,200 slot machines. In 1974, the Fabulous Flamingo was renamed, Flamingo Hilton.

It was not all gloom and doom for Las Vegas casinos, though. Several boxing matches were held at the Caesar’s Palace, involving boxing heavyweights like Sugar Ray, Muhammad Ali, and Oscar La Hoya.

In 1989, the Mirage opened its doors for business, ushering in the mega-resort casino era in the strip.

In 1993, the daughter of casino magnate, Steve Wynn, was kidnapped and had to pay $1.45 million in ransom. The so-called MIT Blackjack team, Las Vegas casinos, used their high-level math skills and knowledge in the 1990s to beat casinos at blackjack. Currently the 18th largest casino on the strip, Luxor opened in 1993. In 1999, the Mandalay Bay Casino replaced Hacienda, with the Venetian opening its doors to become the largest Las Vegas casino resort.

Several new and re-named casino opened in the period between 2010 to date, including the Quad, Downtown Grand, Westgate, Linq, and Park MGM (just to name a few).