Live Casino Games … with a Twist! 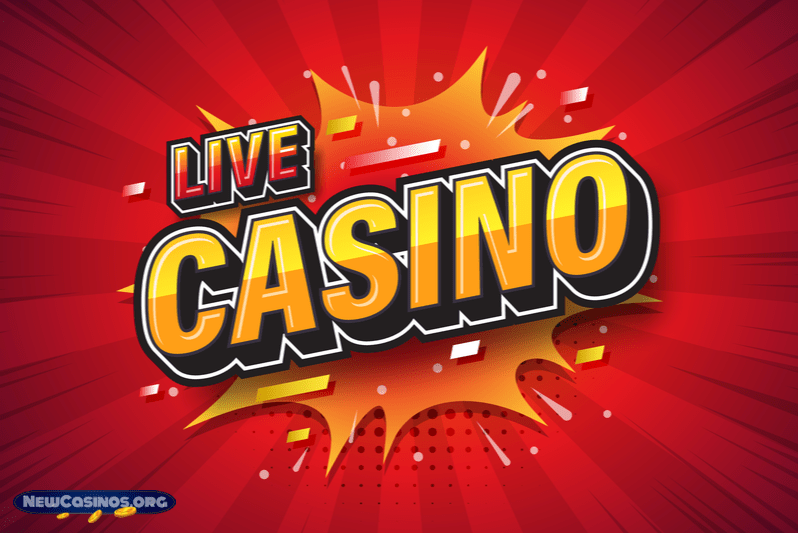 Live casino games are not a novelty anymore. Back a decade or so ago, they were very much a fledgeling aspect of online casinos. The concept was a genius one – instead of playing RNG-based live casino games players would see the results of live casino action on their computers or laptops. These games used real cards and real dealers or – in the case of roulette – live roulette wheels and live croupiers.

Given that the pace of these games is slow compared to RNG, live casino titles have taken off in a manner that has surprised many people. There are now hundreds of live casino tables across the world supplied by specialist companies such as Evolution Gaming, Ezugi, NetEnt, Pragmatic Play and Authentic Gaming.

Live casino gaming has become more than ‘just’ online casino classics such as blackjack, roulette and baccarat, or more oblique games like sic bo, craps and dragon tiger. Here we talk about a few online live casino games that are a little beyond the norm.

Industry leaders Evolution Gaming have set the bar incredibly high when it comes to their live output, and there is every reason to consider them the number one in this particular niche of online gambling. As well as all the usual casino staples, they have created a handful of ‘game show’ style games, of which Dreamcatcher is one and probably their most popular.

This game is a keno-style game where several online players play at once. A large wheel is split into a high number of sections, and these sections are numbered 1, 2, 5, 10, 20 and 40. The smaller the number, the more of these sections appear on the wheel. Players can then place bets on the wheel, when spun, landing on a specific number or numbers.

The payback is the same as the number bet on. So, if a player bets on 2 they will win back their original stake plus twice its value. The wheel features additional segments for 2x and 7x multipliers. When this happens all original bets are allowed to ride, and winning bets on the next round are multiplied by the multiplier value.

The play takes place in a multi-camera environment, so this seems more like a game show than a casino game. An enthusiastic host oversees all the action.

You would think the bingo would be a prize candidate for a live casino version of the ball-dropping pastime, but as yet hardly any operators have chosen to include bingo among their list of options. The only company currently running live bingo is Evolution Gaming, who have named their version of live casino bingo ‘Mega Ball’.

This is a unique take on bingo as the bingo machine contains 51 balls. Players must purchase a bingo card containing 24 numbers to play. In another twist, only twenty balls are plucked from the bingo machine, making a full house impossible. The good news though is that players do not need to land a full house to win.

Landing lines across the card achieve wins and to make winning easier, the central square of the card is a freebie, just like with 75-ball or US-based bingo. The more lines a player achieves, the more they will win.

To add a little excitement to the game, one or two bonus ‘Mega’ balls are added to the bingo machine. If they are drawn, then the host spins a multiplier wheel containing multipliers from 5x all the way up to 100x. All prizes for that round are multiplied by the final value of any multipliers combined.

A decent version of live bingo with a nice added twist.

The best-selling (and some will say, incredibly dull) board game Monopoly has long been a favourite of online casinos, and several online slots have been based on the Monopoly theme. Evolution Gaming has taken this concept one step further, though, and players can play Monopoly LIVE via live casinos online.

This game is identical to Dreamcatcher in that it is a ‘spin the wheel’ the game with values 1, 2, 5 and 10. There is one crucial difference though – the number 40 and the 2x and 7x multipliers have been replaced by Chance, ‘2 Rolls’ and ‘4 Rolls’.

If the wheel lands on Chance then all competing players are shown a Monopoly Chance card with either a cash amount awarded to all participants or a multiplier that is then applied to all wins on the next round.

Betting and landing on ‘2 Rolls’ or ‘4 Rolls’ will allow players to play in the bonus game. Play switches to a 3D video Monopoly board containing all the elements of Monopoly plus cash prizes and multipliers. Whatever is won via this bonus round is handed to all players who bet on ‘2 Rolls’ or ‘4 Rolls’ when it landed. Players have 2 or 4 rolls (depending on where the wheel landed) and can add further turns if doubles are landed.

It wouldn’t take a genius to work out the commonality about all three games listed above – they are all made and ran by Evolution Gaming. Indeed there are a few other ‘non-casino’ titles run by this company, including Live Deal or No Deal (passed on the now-cancelled TV game show) and Crazy Time which a different version of Dreamcatcher.

Given the success of Evolution Gaming, it’s a wonder more software houses don’t venture beyond casino stalwarts to bring their players something a little different. If you enjoy live casino play but desire a change now and again from blackjack, roulette and baccarat, then you have a decent array of options.

As always, remember to gamble responsibly and never wager with money that you cannot afford to lose.