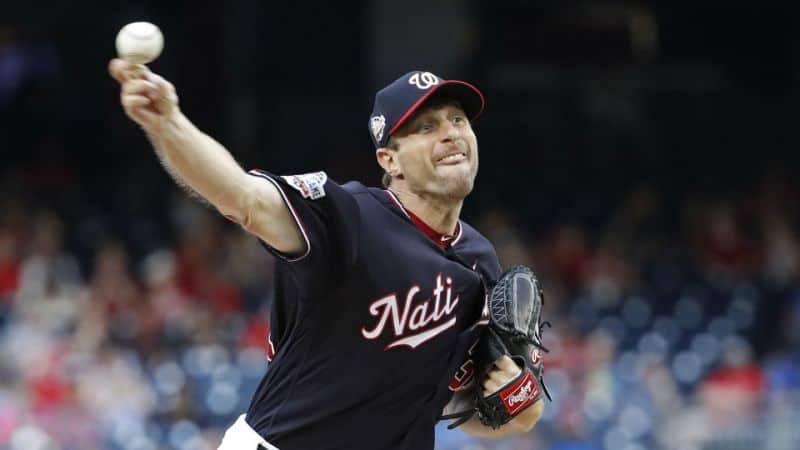 The calendar shifts to September this weekend and playoff races are heating up all across baseball. Let’s take a look at some of the best MLB games to bet on this weekend. Before we get started, just a reminder that MyBookie is one of our favorite places to actually make bets on baseball. You can read more about MyBookie here.

The New York Yankees are hosting the Detroit Tigers for a four-game series this weekend. On Friday night, Cy Young hopeful Luis Severino will make the start for the Yankees. Severino is 17-6 with a 3.27 earned run average this season, and has taken over the ace role of the staff. The Detroit Tigers are almost 30 games under the .500 mark, and are huge underdogs all weekend long. Bet the NY Yankees to beat the Tigers on Friday night.

The red-hot St. Louis Cardinals will close out their record-setting month of August against the Cincinnati Reds. The Cardinals have won 20 games in August for the first time in franchise history. The Reds have played better since firing their manager in May, but are still well below the .500 mark. Homer Bailey will start for the Reds on Friday night, and he has been dreadful this season. He is 1-12 with a whopping 6.17 earned run average this season, and the Cardinals offense should score a ton of runs in this game. Bet the Cardinals to beat their division rival on Friday night.

The Houston Astros and Los Angeles Angels will square off for an AL West battle this weekend. The Astros went through a mini-slump in August, but are starting to get healthy and are back to their winning ways. The Angels just recently lost Albert Pujols for their season, and their lineup is weak. Gerrit Cole (12-5, 2.85 ERA) will start for the Astros on Saturday and should continue the winning ways for the Astros. Bet the Astros to beat the Angels on Saturday.

The disappointing Washington Nationals will host the playoff-hopeful Milwaukee Brewers this weekend. The one player who hasn’t struggled for the Nationals this season has been Max Scherzer. Scherzer will make the start on Sunday and is in the mix for another Cy Young Award. The Brewers will counter with right-hander Junior Guerra who hasn’t won a game since July 8th. Look for the Nationals to play the role of spoiler in this game and get the victory behind another stellar Scherzer outing.

American League Central Division leader, Cleveland Indians, will host the Tampa Bay Rays this weekend. Carlos Carrasco (16-7, 3.38 ERA) will start for the Indians in the series finale on Sunday. The Rays have not yet announced a starter and will likely go with another bullpen game. The Indians have two AL MVP candidates in Francisco Lindor and Jose Ramirez, and they should put up a ton of runs in this game. Bet the Indians to defeat the Rays on Sunday afternoon.