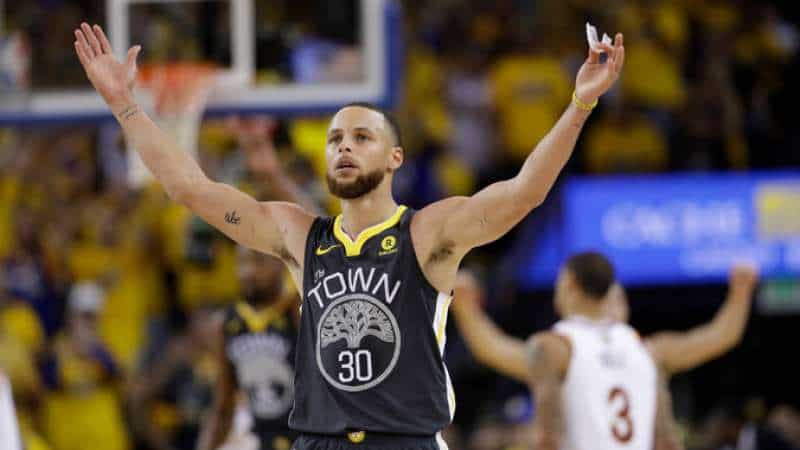 The Golden State Warriors and the Cleveland Cavaliers are set to square off for game 3 of the NBA Finals. The Warriors are heavy favorites to win their second consecutive NBA Title. Golden State currently leads the best of seven series, 2-0, after blowing out the Cavaliers in game two. Game three will take place in Cleveland.

Stephen Curry is playing terrific basketball for the Warriors, and set an NBA Finals record with 9 three pointers made in game 2. The Warriors have a ton of offensive talent, and it doesn’t appear that the Cavaliers have any chance of slowing them down. Golden State might also get former Finals MVP, Andre Iguodala back for game 3.

LeBron James continues to amaze, and already has a 51 point performance in this series. If King James gets any help from his teammates, he is good enough to lead the Cavaliers to a victory. Cleveland has lived and died by the three point shot all season long, but should benefit from shooting in a familiar arena. Cleveland won’t let the Warriors off the hook easily in game 3.

The Warriors and the Cavaliers have combined to score more than 225 points in each of the first two games, although game 1 went into overtime. The Warriors have an explosive offense that is capable of lighting up the scoreboard at anytime. Cleveland also attempts a great deal of three point shots, and if they are knocking them down could score 110+ points without a problem. The Cavaliers want to try to slow the game down, but they will need to score points to keep up with the Warriors.

Game three should be another very competitive game, just like the series opener. The Cavaliers will get an extra boost playing at home, and the Warriors have been known to struggle on the road at times. In the end, the Warriors just simply have too much talent for the Cavs and will pull away late. Expect the Warriors offense to stay hot and win a high scoring affair. Bet the Golden State Warriors -5.0 and Over 216.5 points in game 3.

Another Read: Click here for our full series preview.