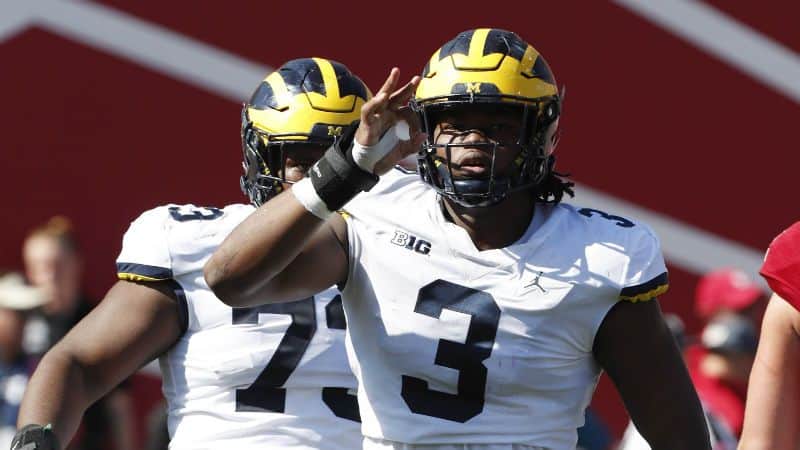 The wait is over! NCAA Football season is back! It will be nice to quit hearing nonstop about the Urban Meyer saga, and actually, have games being played. Week 1 sees a nice slate of games that we are looking forward to. Here are some of the best NCCA Football betting odds for Week 1, and our predictions for those games:

Kyler Murray gets his first chance as the starting quarterback, and who does he face? Lane Kiffin and the Owls. A season ago, the Owls made a huge jump and looked to be a very solid team. Many are proclaiming they could be the Central Florida of this season. But, Week 1 is a huge hurdle to face in Norman. Look for Oklahoma to start slow, but slowly start pulling away from the Owls in this one.

Possibly the best game of the week. Two Top 10 teams will duke it out in Atlanta. The Tigers will have the crowd advantage in this game, and their ability to run the football should be enough. Washington has high hopes with their #6 ranking, but starting the season in the deep south against an SEC opponent is not a good start for the Pac-12 favorites. Take the Tigers over the Huskies.

Upset in the making! This game will be played in North Carolina; where both sides should have a solid crowd. Tennessee is going to be better than many projected them to be. The Mountaineers lost some key pieces, and a slow start is not something that should surprise folks. Look for Tennessee to use a combination of the ground game and the air attack and down the Mountaineers despite being a double-digit underdog.

A game that certainly is going to get all the hype. Coach Kelly and Coach Harbaugh are both in need of this win. Both sides have fan bases that are unforgiving and a Week 1 loss will boil that over. The Irish are tough, and their toughness and the ability to play in front of home fans on opening weekend is enough to propel them. It’s a single point spread, so Vegas is pretty up in the air – take the Irish.

The top-ranked Crimson Tide get a quality opponent to start the season, but Coach Petrino’s team will have a new starting quarterback. That’s going to hurt against a game ready defense like the Crimson Tide. This will likely not be close from start to finish. Take the Crimson Tide in a blowout over the Cardinals as they look to defend their national title.

Coach Richt and the boys from South Beach get a date with the Tigers to start the season. This is going to be an intriguing game, with the offensive firepower of the Hurricanes and the tough-nosed defense of the Tigers. The Hurricanes have experience returning that is going to be tough to contain.  It will be an interesting first start for Joe Burrow as the quarterback of the Tigers. This game is played in Texas on Sunday Night, which gives a slight edge to LSU – but nonetheless – the Hurricanes start 1-0.

Before the NFL takes over the Monday Night Football role – these two ACC foes get the challenge. This game is played in Tallahassee. A new coaching staff for the Seminoles, and some unknowns on both sides of the ball. Look for this to be a very tight game. Do not be surprised if Florida State comes away with a win in this game late, but more than a touchdown is too much. The Hokies cover this spread.