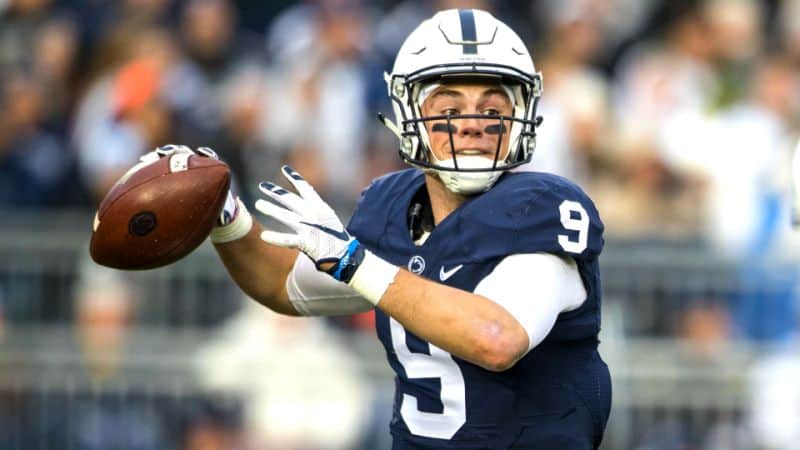 The college football season is in full swing, and another great slate of games is on the schedule in week four. Let’s take a quick look at the four best college football games to bet on this weekend with a prediction and a pick for each game.

The Fighting Illini will host the Nittany Lions for a rare Friday night game Big Ten Conference game. The Big Ten Conference has looked unimpressive so far this season, but Penn State comes in with a 3-0 record and a top-10 ranking. Illinois has one of the youngest rosters in college football, but are starting to show signs of improvement under head coach Lovie Smith. Quarterback Trace McSorley has been playing at an elite level for Penn State, and he should be able to pick apart the Illinois defense in this game. This game won’t be competitive, but the Illini will put up enough fight to keep it under a 20 point spread. Bet Illinois +28.0 in this game.

Old rivals will meet on Saturday as Texas hosts TCU. Texas has bounced back nicely after losing their season opener to Maryland, and they blasted USC in week three to move to 2-1. TCU suffered a disappointing 40-28 loss to Ohio State last weekend and will be looking to bounce back in this game. TCU has one of the best defenses in college football, and they will be able to put a ton of pressure on Texas in this game. The Longhorns still have plenty of question marks, and they will be exposed in this one. Bet TCU -3.5 to go on the road and blow out the Longhorns.

This matchup between Oklahoma State and Texas Tech will be a shootout, with both teams likely topping 40 points. Oklahoma State looked impressive in their week three win over Boise State with their defense and special teams chipping in for some scoring. Texas Tech put up 63 points in week three against Houston, and freshman quarterback Alan Bowman three for over 600 yards. Both teams will try to capitalize on big plays in this game, but the Oklahoma State defense will be too good to let that happen often. Bet Oklahoma State -13.5 to win a wild game on Saturday.