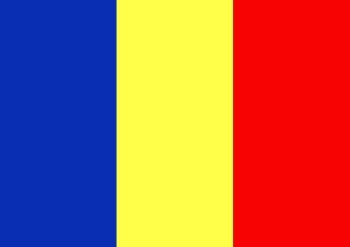 The most recent Net Entertainment license has been granted in Romania, and it’s actually multiple licenses because of the way their regulatory structure works there. In what’s considered Class 2 gambling licenses from the National Gambling Office, they’re now licensed to produce and distribute software as well as host and manage online gambling games and sites. The production and distribution aspect is under one license heading, and the hosting and digital management is under another.

Why This Net Entertainment License is Important

NetEnt has been extremely forward about the fact that they only want to operate within jurisdictions that have clear regulatory structures for the industry in place. This is in line with the structure we’ve seen for regulation over the past several years with different countries deciding to regulate things based on their own specific legislation and set of rules. Net Entertainment has decided to stay within the bounds of these types of regulations in all of their operations whenever possible.

In their view, this strategy is critical for their long-term success. What we’ve seen in some areas, particularly in the United States, is the presence of “bad actor clauses” in the regulations for new jurisdictions. What this means is that companies that operated there prior to the new regulatory regime coming into place are kept out of the new system, and that hurts them in the long run. Whether that’s right or not is up for debate, but the bottom line is that it’s something real that’s happening, and NetEnt prepares for that by keeping a long-term strategy.

The Success of Net Entertainment

Back a few years ago, there started being a big push for quality over quantity. Companies like Net Entertainment were able to go up against competitors who had much larger libraries of games simply because the titles they had available were of a much higher quality.

Now they have shifted their attention to mobile games in particular, and this Net Entertainment license in Romania will help them to expand their reach in that mode of gameplay as well. The bottom line is that they are covering every long-term aspect of the industry that they can, and it’s why they seem to get bigger and stronger every single year while a number of their competitors stay the same size and have the same reach as they did before. In any event, NetEnt is doing great in every jurisdiction they’re licensed in, and Romania will be the next place they try to take over the market.