A Look at the History of NetEnt – The Casino World’s Number One? 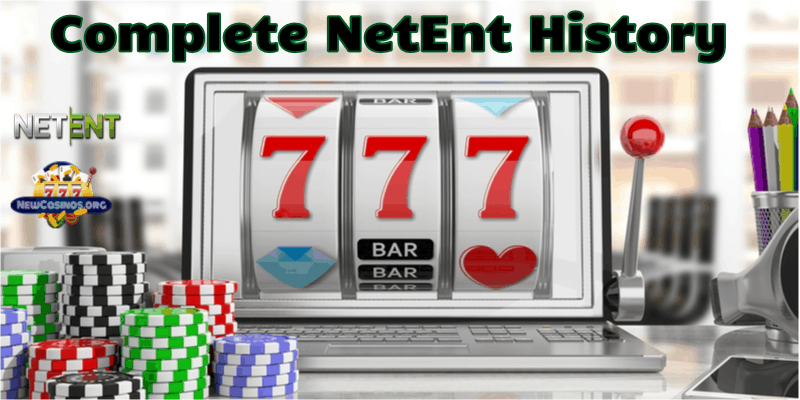 The recent troubles of NetEnt in the casino realm have already been well documented. Of all online casino software companies, only Microgaming perhaps are the more ubiquitous when it comes to online casinos and online casino games. NetEnt mainly provides slots, but it also provides an expansive live casino, plus a few tables games.

Over the course of their history, NetEnt has mainly focused on Nordic-based casinos which helps to explain their recent losses. Legislation in Scandinavian countries had always been ‘open to interpretation’, but that loose quality ended in 2019. The Swedish Gaming Authority was set up, and NetEnt is a Swedish company. For a while, wagering options for Scandi-based gamblers remained thin on the ground, leading to a loss in revenue for NetEnt and its contemporaries, such as Play’n GO.

NetEnt regard this as a temporary blip and already figures released for 2019 Q4 have suggested an upturn in NetEnt’s fortunes. Here we take a look at NetEnt’s complete history, explaining how they got to be the casino realm’s number one.

Many moons ago, when even Gonzo was a baby …

NetEnt can, in some way, trace its roots all the way back to 1963. Two Swedish dudes named Bill Lindwall and Rolf Lundstrum started a company named AB Restaurang Rouletter (Restaurant Roulette). Their idea was to supply slot machines to restaurants all around Sweden. In 1968 they merged with Ab Roulette konsult & Spelautomater, and in 1972 the company decided to call themselves ‘Cherryföretagen’, which means ‘The Cherry Company’. Cherry quickly became the number one supplier of slot machines in Sweden, and eventually branched into countries around Europe and the rest of the world.

Inspired by his father’s success, Bill Lindwall’s son Pontus founded a company for himself in 2006 which he called Net Entertainment. His idea was to leap upon the potential success (he felt) of the internet for online gambling. As it turned out, he was a little premature as Net Entertainment found very little success in its early years. In the end, NetEnt merged with Cherry, although Pontus remained the major shareholder of the company he has founded.

As online gambling took off, so did NetEnt

In 2002 Net Entertainment launched its first casino module, and within a year the company began to become incredibly successful. Plenty of companies were beginning to branch into the online casino market and found that Net Entertainment provided a ready-made online casino environment. In 2005 NetEnt was granted its own licence by the Malta Gaming Authority.

By 2007 Net Entertainment has become so successful that it had spun off itself from its parent company Cherry, with Pontus now in charge of the entire business. By that time Cherry had begun to concentrate more on sports betting, buying the Scandinavian sports betting firm Betsson. In 2006 Cherry completed its rebranding as Betsson, meaning that Net Entertainment and Betsson were now two very different entities, complete with different aims.

In 2010 Net Entertainment released the epic online slot ‘Gonzo’s Quest’. The online casino world went crazy for the tiny conquistador, as previous video slots titles were simply re-imaginings of the type of video slots that had been prevalent in Las Vegas since the 1980s. Gonzo’s Quest did not even seem like a video slot. However, it’s a video slot with ‘cascading reels’ which tumbled onto the playing screen from above and winning symbols exploded before being replaced by new ones.

The star of the slot was undoubtedly Gonzo himself, who celebrated big wins with the player and also liked to jig around when the player was too slow in hitting the ‘play’ button. The game as a whole was such a hit that all the other main software companies at the time rushed to release games similar to Gonzo’s Quest, although few have ever managed to match the impact that Gonzo’s game has had on online casino players.

Net Entertainment initially struggled to match the success they’d experienced with Gonzo’s Quest with subsequent releases, but they eventually struck gold again with Starburst. This was a non-flashy game unlike Gonzo’s Quest, but there are very few slot games ever released that can match Starburst for gameplay or generous payouts. The game has paylines that pay both ways, plus expanding wilds that covered an entire single reel when they landed.

The look and sound of Starburst really are second-to-none, making this video slot a truly entertaining game. It’s hard to imagine there are any regular online casino players out there who haven’t tasted at least a few spins of Starburst at one time or another.

In 2015 Net Entertainment took the move that everyone was expecting anyhow – they renamed themselves NetEnt for the sake of brevity. By now, as well as video slots and casino games NetEnt was supplying live casino tables too, from its studios in Malta. Alongside Evolution Gaming and Playtech, NetEnt is regarded as the biggest supplier of live casino games in the world today.

It seems unlikely that NetEnt is going to go bust any time soon, but with many rival companies significantly upping their game, the Swedes will be hoping for a much better 2020, than how they performed in 2019.