NetEnt Made Three Players Millionaires In The Last Month 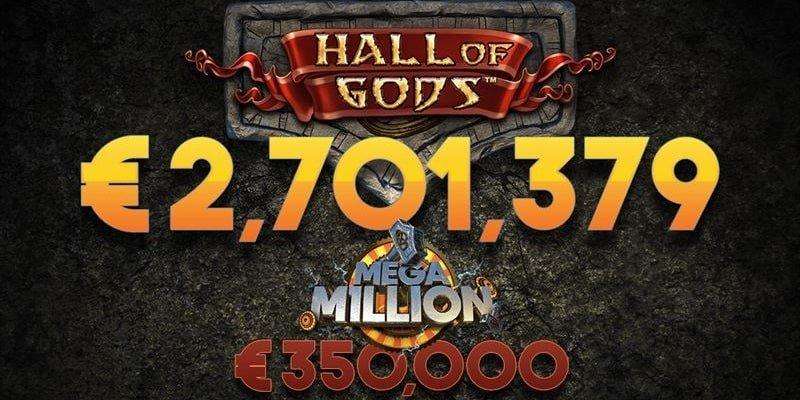 Three of the most popular games around have delivered millions of dollars worth of prizes to three very lucky players this last month, and it’s been NetEnt’s slots that have done this. Coming via popular games like Arabian Nights, Mega Fortune Dreams or Hall of Gods, these games have huge progressive jackpots and it’s not the first time that they are triggered and make millionaires out of players that were spending just $1 or $2 per spin.

First One On June 12th, Worth €4.25 Million at Mega Fortune Dreams

The first of the three progressive jackpots that has been won came on June 12th, when a Belgian player won €4.25 Million, after placing a wager of only €1 at the Mega Fortune Dreams slot.

Only a couple of days after the first jackpot awarded in June, another player of NetEnt’s progressive jackpot slots won a prize, and the value of the bet was once again only €1 per spin. The game that delivered its prize this time was Arabian Nights, with the payout being worth €1.4 Million. The player that won this prize was playing at EuroCasino when they got it.

Third Prize Came From Hall of Gods, Worth €2.7 Million

The luck of NetEnt’s players didn’t stop there, and there was a third progressive jackpot awarded in June, one that went to a player based in Finland. He was playing at Paf Casino on the Hall of Gods slot machine, using his mobile device and spending €2 per spin, when he triggered the progressive jackpot and got over €2.7 Million from it.

In the case of this slot, we get a game with a Northern Mythology theme. Hall of Gods has modern graphics, uses 20 lines and requires wagers between €0.20 and €50 per spin. Its RTP is 96.5%.

It’s interesting to note that NetEnt has a special campaign called Mega Million, which delivered to the lucky winner an extra €350,000, on top of the amount he got from the Hall of Gods progressive jackpot. The campaign was designed to encourage players to try their luck at the Mega Fortune or Hall of Gods prizes, adding extra money to the prize when they’re won. That same campaign also has a separate reward, of €3,800 for each day where a match is being played during the Russia-based World Cup of 2018.

After this third progressive jackpot was triggered, NetEnt’s Chief Product Officer, Henrik Fagerlund, made a statement. He mentioned how the games NetEnt creates can change the lives of people, and the fact that the Mega Million campaign will help out with that. Just in June they paid three different players 7 figure prizes. Apparently, that puts NetEnt at eight progressive jackpots of over €1 million that they paid in 2018 so far, and the year is still young. There is potential for much more.