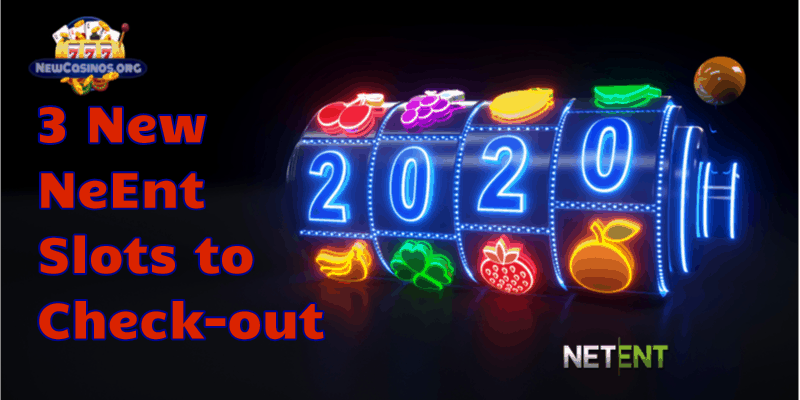 2019 was not the best year for NetEnt in all honesty. During the year the world’s most popular online gaming software company did not make as much money as it expected to make, blaming new regulations that had come in that affected all countries in the Nordic region for this downturn in fortunes. NetEnt is, of course, based in Sweden itself.

It wasn’t just the reduction in income that affected NetEnt, though. Many of the games they released in 2019 received poor reviews, mainly as a lot of them seemed to be re-skinned versions of old, forgotten NetEnt games. Gone, it seems, were the days when NetEnt could be relied upon to release classic slot after classic slot.

With many contemporary rivals such as Pragmatic Play and Big Time Gaming breathing down their necks (indeed NetEnt spent money on buying one of their newest rivals – Red Tiger – in 2019), the Swedish giants cannot afford to spend 2020 resting upon their laurels. Here we take a quick look at three forthcoming releases from NetEnt in 2020, and to see if they are likely to trigger an upturn in the company’s fortunes.

There is one new aspect of online slots that has been seen in the later months of 2019, and that’s the idea that you can ‘buy’ a slot’s main bonus feature, as opposed to landing the necessary reel combination to trigger it. Many players like this idea as it save time in watching the reels spin around and around to achieve, say, free spins. Others are dead against it though, saying that the ability to ‘buy’ special features takes away the whole point of playing online slots.

So far, NetEnt has held off introducing a slot with a ‘feature buy’ aspect, but their January 2020 release Serengeti Kings will be the first to offer just that. At any time instead of waiting for scatters to land, you can splash your cash and purchase three, four or five scatter symbols, which are enough to trigger this slots’ bonus game.

As we mentioned in the introduction, one thing that NetEnt has been criticised for of late is reskinning old slots with new graphics and sound effects then releasing them as new. How you feel about this tactic is probably down to your own personal choice, and it’s a practice that NetEnt is going to keep pursuing in 2020 as here comes Gold Money Frog.

Way, way back in 2007 and in their fledgeling days NetEnt released a rather cute game called Super Lucky Frog. The slotting world played it for a short while and then quickly moved on, and the game became largely forgotten. Now, a mere dozen or so years later NetEnt has given Super Lucky Frog a new lick of paint aimed at appealing to Asian markets, and have called it Gold Money Frog.

This is a traditional slot set at the more casual end of the market, with not a whole lot going for it. One thing of interest, though – it has three progressive jackpots (Minor, Major and Super) that seed at €5,000, £500 and €5,000 respectively.

NetEnt is keeping it in the Orient with the forthcoming release of Fortune Rangers. This epic slot with an edge of kung fu was due to be released in 2019, but for whatever reason, NetEnt decided to put back the release until the start of 2020.

Like many of NetEnt’s releases, Fortune Rangers has a unique set up in that instead of the usual 5×3 reel arrangement the reels appear in a 3-3-4-4-5 pattern. This gives a total of 76 bet lines.

The game also has Lucky Wild reels and free spins. The Lucky Wild reels can occur at any time in the base game, and when triggered, an entire reel can fill with Dragon Wilds. If you are really fortunate, then all five reels can turn wild, giving you the most generous payout possible.

Fortune Rangers will be released on January 30th.