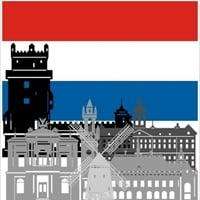 Recently, Netherlands online gambling has become a reality after parliament passed a bill that will see a lot of new opportunities for European countries to expand. There have been years of not really knowing where the industry stands here, but all of that is in the past now that legislation has passed to regulate the industry and set up a licensing process for companies that would like to offer games.

What This Means for Netherlands Online Gambling

One of the biggest things to note about this bill is that there are already companies looking to take advantage, especially in the new mobile casino market. The reason that this market, in particular, is so important is that it’s so lucrative. Mobile online gambling in all markets has been the fastest-growing segment of the industry for several years, and it’s clearly seen as the market of the future. Along those lines, every company really looking to get a foothold on this particular market is going after the mobile side of things as well.

The State of Internet Gambling Regulation in Europe

Europe is in an interesting situation right now regarding how their online gambling regulations have been handled. Each country gets to set their own regulations, something that we’ve seen over the past several years. However, those rules have to be within certain parameters in terms of free trade and other agreements as decided by the European Union courts. Along these lines, they are encouraged to allow companies to come in, receive licenses and offer their games to players, but it can turn into a set of major legal battles if they don’t do it within the bounds that the EU courts have decided.

The Place of Revenue Engineers

Revenue Engineers is a company that operates out of the Netherlands who is known for being a full-service consultancy group in the online gaming industry. They are expected to receive a ton of business as a result of this bill passing, and that’s largely because they’re the only specialized group in the country. Along these lines, they already have the connections and infrastructure to get a company started off on the right foot, so players and industry figures should keep an eye on this company and their team of over 15 experts to see how things unfold.

The question of what happens next for Netherlands online gambling is unclear. They’re looking at having a licensing process in place early next year, but it could be the middle of the year before things are completely up and running. The Senate also has to pass the bill, though there is virtually zero opposition, and that will take some time. Overall, players in this country will have to be patient for just a bit longer until the games are actually running.