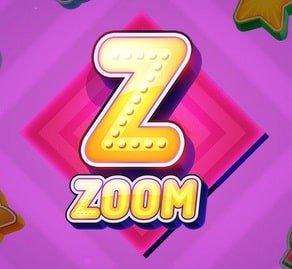 The new Zoom online slot is the latest release from the company Thunderkick, and it’s going to be coming to a wide range of players via the Microgaming Quickfire platform. They have a content distribution agreement that sees Thunderkick’s titles offered on the Quickfire platform, which means that there are plenty of opportunities for players who like mobile casinos to get in on this action since this is a mobile-friendly platform.

This game has a really atypical format. There are six reels with four rows, and there are 64 paylines that cannot be changed during play. There are six areas of the game that are broken into two-by-two areas, and these are called the zoom areas. If you get a Zoom symbol on the reels, it will expand to cover the entire zoom area it’s in, and it will switch into a regular symbol that covers the entire four-block area. This makes it a lot easier to hit winning combinations and multiple wins in the same spin.

The Re-spin Feature and Super Massives

What you’ll notice about this game is that it uses a completely different format than what you’ve probably seen in any other titles, and that’s really interesting because they didn’t just do it to look like they were being innovative. Instead, they did it because it fits the feature set of the game extremely well. This is typical of Thunderkick, and it goes to show that they don’t really care for trying to stay within conventional formats for the games, but they also don’t just throw out something unusual for the sake of it being different either.

As we mentioned above, the Zoom online slot will be available at any online casino that uses the Microgaming Quickfire platform. They have mobile and no-download options, so players with any type of computer and any type of mobile device can get in on the action with this new game from Thunderkick. It’s a great game on a flexible platform, and it shows that they are pushing the envelope in a major way in today’s industry.