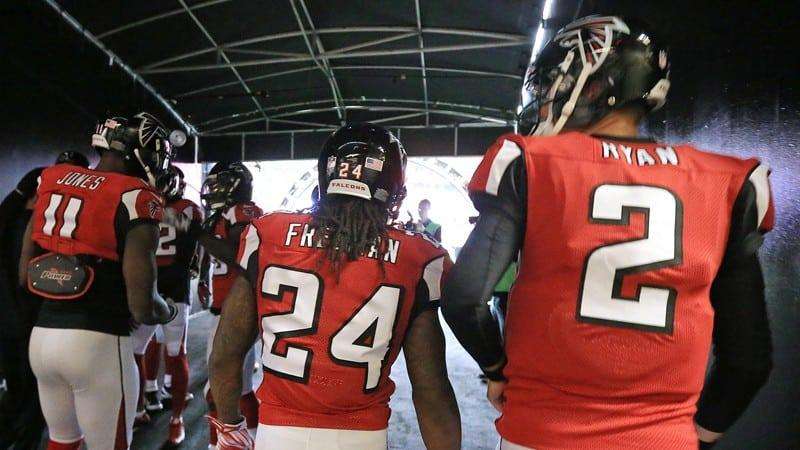 Two of the top teams in the NFC will meet for a week 1 NFL showdown on Thursday night. The defending Super Bowl Champion Philadelphia Eagles will host the Atlanta Falcons in a game that will feature a banner raising ceremony. The Falcons would love to head into Philadelphia and crash the Eagles party on Thursday night.

The Philadelphia Eagles defeated the Atlanta Falcons in an NFC Divisional playoff game last season en route to the Super Bowl Championship. The Falcons finished last season with a 10-6 record, but qualified for the playoffs as a Wild Card team. The Eagles rolled to a 13-3 record and an NFC East Division Title. At GTBets – the Atlanta Falcons are a 1.5 point underdog in this game.

The Philadelphia Eagles defense is expected to be one of the top units in the NFL this season. The Eagles brought in Michael Bennett and Haloti Ngata to improve the defensive line which was already solid last season. Malcolm Jenkins returns in the Eagles secondary and they should make life difficult for the passing attack of the Atlanta Falcons in this game.

Nick Foles will start the season opener at quarterback for the Eagles after Carson Wentz was ruled out for game 1. Foles led the Eagles to the Super Bowl victory last season after replacing Wentz who suffered an ACL injury in December. The Eagles will also be without top wide receiver Alshon Jeffery in this game, but Philadelphia still has plenty of weapons on offense.

Former NFL MVP, Matt Ryan is back at quarterback for the Atlanta Falcons and looks to be poised for a big year. Ryan will once again have Julio Jones as his top target, but will also have rookie Calvin Ridley at his disposal this season. The Falcons also feature an explosive running game with Devonta Freeman and Tevin Coleman combining to wreak havoc on opposing defenses.

The Atlanta Falcons defense should play a huge role in this game as they are capable of putting a ton of pressure on Nick Foles. Defensive end Vic Beasley Jr. is a terrific athlete that is capable of racking up sacks. The Falcons have terrific athletes on defense and they will look to give their offense favorable field position in this game.

The Atlanta Falcons hope to exact some revenge on the Eagles in this game, and they have the roster that is capable of doing just that. Matt Ryan and Julio Jones are one of the top quarterback-receiver duos in the NFL and should play a huge role in this game. The Eagles defense will face a tough test in this one.

Philadelphia should win another NFC East title this season, but they are facing a ton of key injuries in this game. Nick Foles is a capable quarterback, but he has struggled in the preseason and faces a hungry defense in this game. Look for the Eagles offense to struggle on Thursday night in a loss to the Falcons. Bet the Atlanta Falcons +1.5 in the season opener.