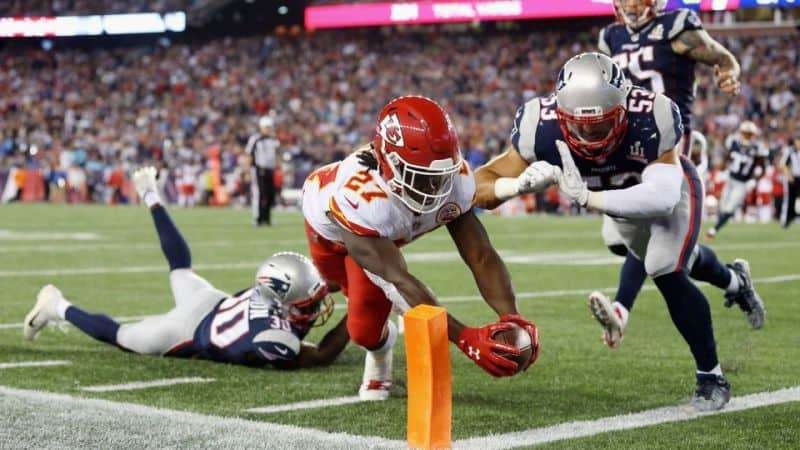 The Kansas City Chiefs will travel to Denver to take on the Broncos in a week four NFL matchup on Monday night. This is the first meeting between these AFC West division rivals this season. Kansas City won both games against the Denver Broncos a season ago.

The Chiefs have jumped out to a 3-0 start, and have done so with an explosive offense. Kansas City has beat the Chargers, Steelers, and 49ers this season. The Broncos beat the Seattle Seahawks and Oakland Raiders in the first two weeks of the season. Denver struggled offensively in week three, and lost to the Baltimore Ravens to fall to 2-1. The Kansas City Chiefs are a four-point favorite in this game.

The Kansas City Chiefs are averaging 39.3 points per game this season, and Patrick Mahomes is a big reason why. The Chiefs quarterback has thrown for 13 touchdowns already this season, which is an NFL record for most through three games of a season. The second-year player has completed 67 percent of his passes in his first season as the Chiefs starter.

Kareem Hunt and Tyreek Hill continue to make plays to help Mahomes and the Chiefs offense. Hunt has racked up 168 rushing yards this season, and has found the end zone two times. Hill has become the Chiefs top receiving threat. Hill has caught 14 passes for 310 yards and three touchdowns this season. The speedy Hill has also returned a punt for a touchdown this season. The Chiefs will look to get these playmakers the ball on Monday night.

The Denver defense is off to another strong start this season. Linebacker Von Miller is tied for the NFL lead in sacks with four of them in the early going. The Broncos put a ton of pressure on opposing quarterbacks, but they’ve only forced three turnovers this season. The secondary of the Broncos defense will get a huge test in this game.

This rivalry game has produced some memorable moments in recent years, and this game should be competitive again. The Broncos defense will provide the Chiefs their toughest challenge yet, but the Broncos must find offense in this game. If Keenum can take care of the ball, the Broncos have a shot at the upset victory.

The Chiefs offense has been putting up points like crazy this season, but Mahomes will face his first true road test in his NFL career. Look for Mahomes to struggle a bit in this game, but the Chiefs have too many other weapons to lose this game. The Broncos will keep it close, but the Chiefs win by a touchdown. Bet Kansas City -4.0 in this game.