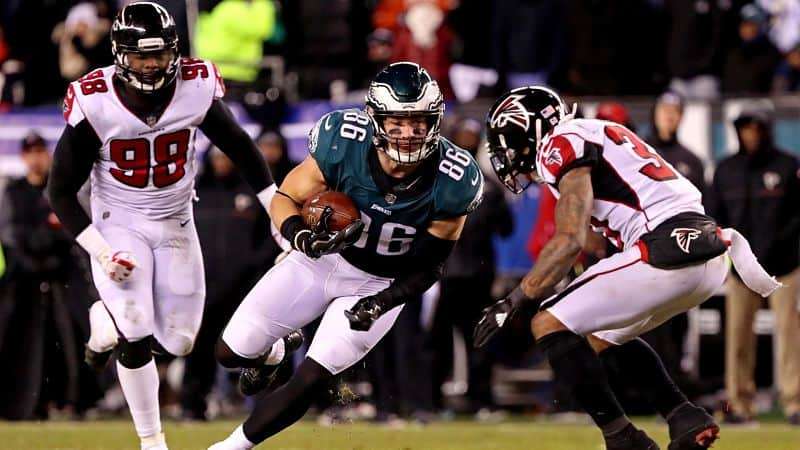 Week 1 of the NFL season kicks off on Thursday night with a terrific matchup between the Philadelphia Eagles and Atlanta Falcons. The games continue on Sunday and Monday with some terrific games to bet on. Let’s take a look at the four best games to bet on this weekend with the winner highlighted in each game.

The Pittsburgh Steelers are still awaiting the arrival of star running back Le’Veon Bell. At this point it appears as if Bell will miss the Steelers season opener against the Browns, and might miss longer than that. The Cleveland Browns are expected to be much improved this season, but they are starting Tyrod Taylor at quarterback. Taylor has had an underwhelming NFL career, and the Steelers are a playoff team this season. Look for the Steelers to beat the Browns by more than a touchdown in this game, with or without Le’Veon Bell. Bet the Steelers -3.5.

The Jacksonville Jaguars were the surprise team in the NFL last season, as they made it all the way to the AFC Championship Game. The New York Giants suffered through a miserable 2017 that saw Odell Beckham Jr. miss much of the season with an injury. Beckham is healthy again, and Eli Manning is looking for a huge bounce back year this season. The Jaguars feature one of the best secondaries in the NFL, but are vulnerable to big plays. Jacksonville quarterback Blake Bortles has been known to be inconsistent and the Giants could rattle the young QB. I like the Giants to win this game at home and stun the Jaguars. Bet the New York Giants +3.0 in the season opener.

The Cardinals brought in veteran quarterback Sam Bradford to lead their offense this season. Bradford will be looking for Larry Fitzgerald early and often in this game. Running back David Johnson is also poised for a huge season after missing the final 15 games last year. The Washington Redskins also have a new quarterback in Alex Smith. Smith joins the Redskins after a very successful career with the Kansas City Chiefs. Both teams should be much improved this year, but the Cardinals offense should carry them to a victory in this game. Bet the Arizona Cardinals -1.0 over the Redskins.

The Oakland Raiders will host the Los Angeles Rams in a battle of California teams in the season opener. The Raiders will be led by head coach Jon Gruden who is making his return to the sideline. Oakland just inexplicably traded their best defensive player, Khalil Mack to the Chicago Bears in a move that will make their defense much worse. The Rams will feature one of the top offenses in football this year, and their weapons should be on full display in this game. This game shouldn’t be close. Bet the Rams -4.0 over the Raiders on Monday night.