No More Wagering with Credit Cards in the UK 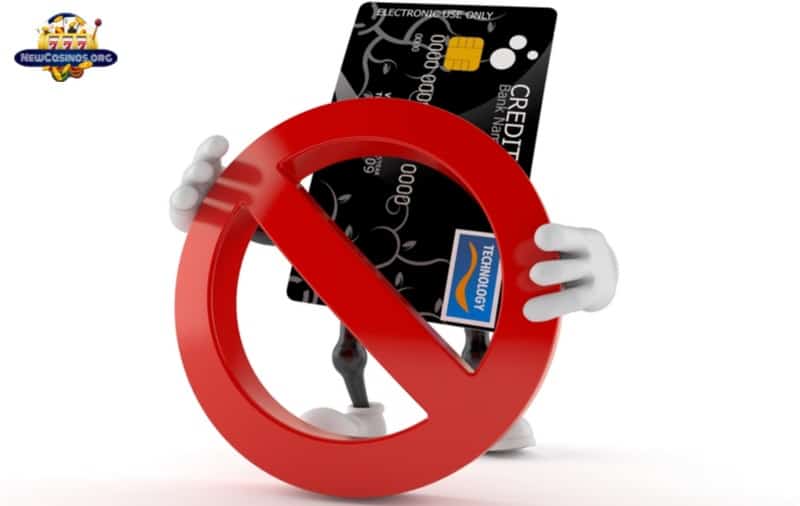 In a move that was not wholly unexpected and shocked absolutely no one, the United Kingdom Gambling Commission has announced that it will ban the use of credit cards as a means of payment at all wagering establishments that have a UKGC licence. This includes casino sites, pokies sites, sports betting sites, bingo sites, poker sites and even sites where you can pay to play lotteries in non-UK territories.

This news will be seen as a major blow to many online casino and wagering sites, who rely upon customers using their credit cards as a means of funding their wagering. Many will accept, though that this step in necessary as the UK continues to tackle the ongoing issue of problem gambling. The ban will come into force on April 14, 2020.

The decision to ban credit cards comes after a three-month UKGC consultancy period.

It had been well known in UK gambling circles that the UKGC was running a consultancy period of twelve weeks to allow them to determine the seriousness of credit card use by UK gamblers and the effect it had on people. The consultancy period began in August 2019 and ran throughout September, October and early November as well. After the consultancy period ended, the UKGC panel went away to examine their findings.

The figures they came to were as follows:

Upon evaluating their findings, the UKGC decided that 176,000 problem gamblers in the UK using their credit cards to gamble was too many, and decided to ban the use of credit cards outright.

Chief Exec of the UKGC admits that credit card gambling can cause serious harm.

The chief executive of the Gambling Commission, Neil McArthur, said: “credit card gambling can lead to significant financial harm. The ban that we have announced today should minimise the risks of harm to consumers from gambling with money they do not have. Research shows that 22% of online gamblers using credit cards are problem gamblers, with even more suffering some form of gambling harm.

“We also know that there are examples of consumers who have accumulated tens of thousands of pounds of debt through gambling because of credit card availability. There is also evidence that the fees charged by credit cards can exacerbate the situation because the consumer can try to chase losses to a greater extent.

“We realise that this change will inconvenience those consumers who use credit cards responsibly, but we are satisfied that reducing the risk of harm to other consumers means that action must be taken, but we will evaluate the ban and watch closely for any unintended circumstances for consumers. The ban is part of our ongoing work to reduce gambling harm. We also need to continue the work we have been doing with gambling operators and the finance industry to ensure consumers only gamble with money they can afford to spend.”

The Conservative Government’s Culture Minister Helen Whately also chipped in. She said “Whilst millions gamble responsibly, I have also met people whose lives have been turned upside down by gambling addiction. There is clear evidence of harm from consumers betting with money they do not have, so it is absolutely right that we act decisively to protect them.

“In the past year, we have introduced a wave of tougher measures, including cutting the maximum stake on fixed-odds betting terminals, bringing in tighter age and identity checks for online gambling and expanding national specialist support through the NHS Long Term Plan. We have also secured a series of commitments from five leading gambling operators that will include £100 million in funding towards treatment for problem gamblers. But there is more to do. We will be reviewing the Gambling Act to ensure it is fit for the digital age, and we will be launching a new nationwide addiction strategy in 2020.”

The ban on UK credit cards in paying for online gambling has long been expected, and many sites have already stopped taking payments via credit cards in preparation for when the ban comes into force later this year. Any sites with a UKGC licence found to be accepting credit card payments beyond April 14 are likely to face heavy fines and risk having their licence revoked.

The removal of credit card funding options is likely to affect all UK wagering operations.

For many sites, it’ll be the case of lost custom, but for them, it can only be a good thing as they will be seen to helping stop people with gambling problems from spiralling into debt. Payment alternatives such as Visa debit cards, PayPal, Skrill, Neteller and PaySafeCard remain ways in which online sports bettors and online casino, slots, bingo and poker users can fund their wagering.

Again, the UK National Lottery escapes completely despite these UKGC changes. People will still be freely available to purchase National Lottery tickets and scratch cards using credit cards, despite similar problems being caused by lottery scratch card purchasing as with online gambling. Explaining this decision, the UKGC stated that lottery tickets and scratch cards were usually purchased at online retailers, and that is would be too much of a burden to expect real-world retailers to refuse credit card payments as tickets and cards were usually purchased alongside other purchases.

Here at NewCasinos.org, we fully support responsible gambling, and we encourage all our site users never to gamble with money that is not theirs, or that they cannot afford to lose. If you feel you are gambling too much, or if your wagering has ceased to be entertaining, then please contact GamCare.