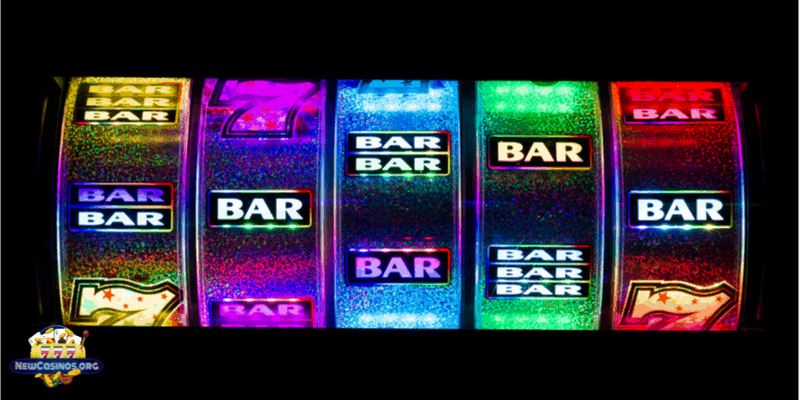 A lucky slots fan in the USA ended 2019 in the best way possible, by snagging the $285,385 jackpot on NetEnt’s Divine Fortune online slot. It could of course easily be said that Fortune certainly smiled on them that day and divine fortune at that!

As reported by HollywoodCasino.com, on the morning of December 28 the player was playing slots on their iPhone using the Hollywood Casino mobile app. After a few spins at the maximum betting level, the lucky slots fan became the luckiest person on the planet when he lined up three complete rows of bonus symbols across all five reels of the slot.

As per the rules associated with NetEnt’s hugely popular slot, the lucky slots player was instantly awarded the ‘Mega’ Jackpot, which currently stood at $285,385. Unfortunately for everyone else playing this slot with a progressive jackpot, the Mega Jackpot immediately re-seeded itself to the base level of $10,000.

Upon being made aware of this news, the Penn National General Manager of iCasino, Rich Criado, said he was “thrilled that this player is going into the new year with more than $285,500 in the bank!”. He also confirmed that this was the biggest jackpot win at HollywoodCasino.com since the iGaming operation launched in the summer of 2019.

This online casino player with the suddenly-swollen bank account joins an array of progressive jackpot winners, many of whom have struck lucky in recent times.

In November this year, another NetEnt slot with a progressive jackpot – Arabian Nights – coughed up a staggering jackpot for one player whom suddenly became a whole lot richer – €1,423,545 richer in fact, which is about $1,600,000!

Appropriately for Sweden-based developers NetEnt, this latest progressive jackpot was won by a Swedish online slots player at Hajper Casino, which is another casino brand managed by ComeOn!, whom themselves are also based in Sweden.

The fee for this lucky win was tiny – a mere €10. The lucky player was spinning the reels when he earned the free spins feature on the Arabian Nights slot. During this feature, the player’s luck really exploded as he landed five Aladdin Wilds on an active payline. This triggered the slot’s progressive jackpot, awarding him that stellar prize of over €1.4 million.

Despite this massive win, it is not the biggest jackpot paid out by NetEnt for a player triggering the progressive jackpot feature on Arabian Nights. That stands at an eye-watering €4.8 million, which was won in 2010.

Of all the online slots that have progressive jackpots, perhaps the one that has generated the most slotting millionaires is Mega Moolah. This Microgaming title is one of the most popular slots out there with a progressive jackpot, and hundreds if not thousands of players take this slot for a spin each and every day in the hope that luck will really shine on them.

In November 2019 luck really did shine down on one player as he won the latest mega-jackpot to be paid out by Mega Moolah. No one has any idea what the player had in his casino balance at the start of that fateful day, but by the end of it had swollen by over £2.7 million, as the lucky slots fan won €3,252,353.70!

This piece of luck occurred at Genesis Casino, the headline brand of Genesis Global who operate out of Malta. In 2019 Microgaming – the software brand behind Mega Moolah and several other slots with progressive jackpots – paid out over €121 million in progressive jackpot wins.

These lucky players still have a way to go to eclipse the all-time record for online slots progressive jackpot win. That stands at a staggering €18,915,721, won by an anonymous player playing Mega Moolah at the Grand Mondial online casino.

Progressive jackpots work in the same way as lotteries, in that the jackpots are funded by contributions by the players themselves. A tiny percentage of each fee paid by players playing a specific slot over numerous casinos to spin the reels contributes to the jackpot, which builds and builds until it is triggered by a rare combination of game factors, such as five wilds on a pay line during a bonus game.

Such jackpots are nothing new, as they’ve been around at real-world casinos since the late 1980s. They certainly offer players the best chance of becoming a slotting millionaire!