Amaya Gaming has been around since 2004, and it has gone through several changes and transformations over the years. They are no longer developers of casino games, not since they sold those subsidiaries to NYX Gaming, but they still have their old games available, and we will discuss them below.

Their original collection was a decent one, over 100 titles being designed over the years. Still, in recent years they have changed focus, and they became mainly a poker company (The Stars Group, acquired by Flutter in recent years). They also have their casino software, and it’s one of the more commonly chosen options, being found at hundreds of online gambling sites.

Amaya’s platform is one that will incorporate both their own games, and content from other publishers, but the focus is mostly on what’s going on behind the scenes these days. Their last game was Dragon Sword, a slot machine from 2017.

Their efforts have been recognized by the industry in the past, with multiple awards given to them over the years. In 2017, they received a Gaming Intelligence Award, while in 2018 they were named Provider of the Year.

Amaya Gaming is a Canadian company, which was founded in 2004. They started with electronic games, but through various acquisitions, they entered a lot of different categories over the years. Right now, they own several successful poker brands, along with a casino software platform of their own. On it, you will find over 100 casino games that they designed and then sold off, but there will also be content from other companies. For the most part, the new games they offer will come from their partners.

Though these days they might be better known for their poker network, they have their casino platform still, and it is widely used and appreciated.

History of Acquisitions and Expansion

They continued to expand into the online casino software space, buy taking over CryptoLogic in 2012, which included a subsidiary called WagerLogic (later sold off).

In 2012, they also purchased Cadillac Jack, a provider with strong ties into the United States market.

These days, they might be better known for their poker offering, and they started that one out through the purchase of Ongame, which took place in 2012. This got them a poker network, and they became a noteworthy gaming software provider.

They even expanded into the land-based market, when they acquired Diamond Game Enterprises, back in 2014.

They sold off their gaming development side in 2015, to NYX Gaming, which took over Cryptologic and Chartwell.

In recent years, they expanded into the poker vertical by acquiring several major brands. PokerStars, PokerStars Casino, StarDraft and BetStars are all brands that they operate and focus on right now.

For players looking for top quality games, our list of New Amaya Gaming Casinos has just about everything a player could want. Not only is the game selection vast, but the company is constantly looking to expand its offerings, as well as continue to ensure that players have another reason to go looking for the titles that they offer. These are the top newest online casinos that use the Amaya Gaming software.

What Does Amaya Gaming Casinos Offer?

When it comes to games, there are few brands able to compete with the variety and the quality of the Amaya Gaming Group, particularly because the company boasts offerings from a variety of manufacturers. When it comes to slots, players have their pick from some of the most popular online titles, including Spiderman, Book of Ra and Thor. Players might be interested to note that the games being offered under this brand are often created by one of the company’s subsidiaries, including NextGen, Aristocrat, and Novomatic, to name but a few. Experienced players will likely have heard these names before.

The Amaya Gaming is particularly well known for the variety of games it has to offer through many of its subsidiaries, but it does not disappoint in the graphics department. The group offers a variety of flash version games, available to players without any download. What is more, players have the option of trying their hand at a flash demo game, to help them get a feel for the game of their choice before actually choosing to place a wager. Some of the popular titles being offered through this group include Valley of the Scarab, as well as some of the most exciting DC-inspired comic book titles on the market. At the moment, the Amaya Gaming has the exclusive rights to DC inspired slot games, so players will come across many titles of this nature, including Green Lantern, Justice League and Batman, to name but a few.

Those who enjoy accessing their games through mobile devices will be happy to know that the Amaya Gaming Group has expanded into this market, offering games that are compatible with just about all tablets and smartphones. It is also said that the company will soon begin offering 3D games shortly.

To ensure the games offered by the group are safe, the Amaya casinos make use of RNG (Random Number Generators), that randomize the results of the games’ outcomes.

If we’re looking at the 100+ games that Amaya Gaming has designed in the past, we find good quality there, and they’re still worth checking out today. However, they stopped releasing games of their own back in 2017, so slowly but surely that content is starting to look dated in comparison to what’s coming out these days.

We’re going to take a look at some of the excellent games that they designed in the past, with three of their more popular titles listed below. 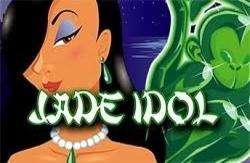 Released in 2016, it’s one of their last games, and it’s designed with the Asian market in mind. You can tell by the mention of jade, but it goes beyond that. From Chinese sail ships to gorgeous porcelain vases and the beautiful lady that is its main character, there are enough elements there to connect it to that genre. At the same time, there are many Royals used, along with a basic background image, so there is more they could’ve done to cover the topic.

As for the type of game that this is, it features 5 reels with 9 active lines, another sign of its classic nature. It has a fairly low Return, of 94.50%, with wins of up to 10,000 coins paid out for individual lines. Among its main features, count on finding two different scatters, wild symbols and free spins. 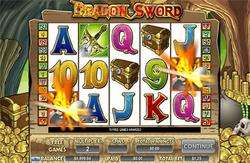 Their last game, which they launched in June 2017, Dragon Sword is a Medieval-themed title with a fantasy connection, not at all unusual for a slot machine. Its design hasn’t aged particularly well, it doesn’t look modern by today’s standards, but it’s not going to be bad enough to skip through.

Delivering 25 active lines over 5×3 reels, Dragon Sword gives us a range of interesting features (wild, scatter, free spins), though nothing you couldn’t find somewhere else. Wins of 6,000 coins are the highest that the game will go, for individual combinations. I appreciated the 95.30% RTP, which is closer to what is considered the industry average these days, compared with other titles of theirs. 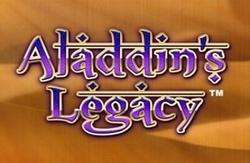 Aladdin’s Legacy is an older game from Amaya, a 2013 release which offers us their own version of the story with the Genie and the three wishes. It’s going to involve plenty of gold and sand, along with the expected Arabic-style graphics. The Magic Carpet and the Magic Lamp are the stars. Still, you will discover many other appropriate images, along with less interesting Royals, which nonetheless are placed in a desert setting.

The game has awesome potential, with wins of up to 12,500 coins paid out for combinations of up to 5 wilds, though even regular symbols can offer a decent prize (up to 7,500 coins). 95% RTP is not great, but not horrible either, while the volatility is Medium.

Amaya Gaming, as a provider of casino software, is not an option that operators would regret. For players, they are no longer a source of new content, but you can still find their old titles at hundreds of casinos, from all over the world. They held up well enough, though their graphics tend to be dated by today’s standards, while their features are pretty much the standard ones.