Belatra Games has been founded in 1998, in one of the former USSR countries, Belarus. Their main offices are in the capital city, Minsk, and their main focus seems to be mostly on the Eastern Europe countries, a space with which they’re familiar with. Their games are available in some of the Western countries as well, but not in all of them.

To give you an idea of some of the countries where they’re focused on, we’ll mention the ones where they have offices, which would be Russia, United States, Latin America, Ukraine and Czech Republic.

If we take a look at their online profile, then things will change a bit, and the countries where they’re present extend into the Western market as well. Though part of few casinos in each case, you will find dozens of options in countries like Germany (22 casinos), Finland (19), Canada (17), Norway (25), Russia (21) and Ukraine (14). In total, they are part of casinos from 24 different countries at the moment. They are not available in the UK, as they don’t appear to have a local license.

They have a decent collection of games for the land-based market, with over 100 machines available there, which range from electronic roulette, to video poker and slots.

Their experience mostly lies there, in the land-based casino space, but they’ve made the move to the online in 2017. They’ve brought over 60 of their popular titles to the online market since then.

A partnership with SoftSwiss allowed them to do this, giving their titles immediate access to a platform which is already used by a lot of casinos.

As for the types of games that Belatra is offering online, their titles tend to be versions of existing land-based machines, so you’re not always likely to be impressed with their design. There are other issues with them as well, such as the below-average RTP, which might’ve worked for the land-based industry, but online is another matter.

Currently, they have 69 different online casino games ported from the land-based collection, with 62 of these being slot machines, while the rest include roulette, scratch cards and others. 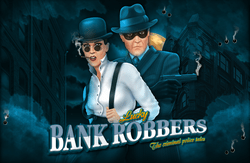 The famous story of Bonnie and Clyde is explored in Lucky Bank Robbers, one of the more successful ports from Belatra. Involving not only cash prizes that you can claim, but with action and romance also part of the package, the games is fun enough, and it is a medium volatility option, which is easily accessible to players of all types. By online standards, the graphics are only average, but that never stopped people from enjoying a slot, if it’s fun in other ways.

Lucky Bank Robbers will be played on 5×3 reels, where you have 25 lines active. Wins of 500x the stake are the best that you can hope for, in a slot with a 92% RTP and medium volatility. Luckily, there is a 4-level jackpot which adds quite a bit to this. You will encounter inside a wild, scatters, free spins and the bonus games which can end up delivering a jackpot, including the top one, the Gold Reserve. 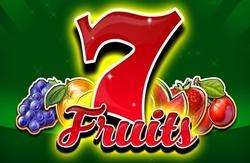 Not everyone loves a classic, but there are plenty that does, and 7 Fruits is a great example of that. Belatra has brought some of their popular land-based titles online, and naturally, we’re getting fruit themed slots as well. As far as classics go, this one looks the part and it relies on fairly modern graphics, at least by the category’s standards.

What they designed, is a game with 5 reels and 5 lines, so it’s as simple as such a slot can get. That doesn’t stop it from being a great choice though, with 5,000x jackpots and a 95.36% RTP that is closer to what the online industry is using these days. Scatters and wilds are available inside, but overall this isn’t the most feature-rich game that you’re likely to come across. 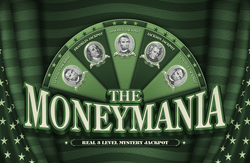 Another slot machine which includes progressive jackpots, The Moneymania is going to be money-themed, and it will borrow its colouring from the green of the US banknotes. The same goes for its main characters, with symbols and jackpots being based on Franklin, Jackson and Lincoln (though they use the word Lincoln). A bit monotonous perhaps, due to the green/grey combination of colours, and with a fairly low RTP, but the progressive jackpots are likely to add to it as well.

The game has 5 reels and only 9 active lines. It has a 3-level jackpot system, a 90.32% RTP, while its own rewards can get to 250x the stake. On the other hand, volatility is low-medium, so there isn’t as much pressure on its rewards to be high. Major features will include wilds, scatters and bonus games.

All things considered, Belatra Games is a decent new addition to the online casino industry, but I think you will agree that they need to adapt their content to this new market. The games they’ve ported from the land-based market are fine, but they don’t look great if you place them next to the likes of NetEnt, Thunderkick, Quickspin, Microgaming and so on.