BGaming has in recent years emerged as one of the biggest names in the international online casino software industry. This company has embraced all aspects of the online casino realm, developing all kinds of titles – slots, casino games, casual games, dice games and even a keno-style title with a jungle theme.

Over the time they have been in business, BGaming has signed up to partnerships with over one hundred online casinos and slot sites, and they make sure all their titles are available on all manner of devices, both PC-based and mobile.

Below you will find a list of the best places to partake of BGaming’s casino portfolio.

BGaming has not been gaming very long – online since 2018, in fact. However, you can trace the history of this company back to 2008. In that year a company called SoftSwiss was formed. They initially intended to concentrate upon online auction sites, but in 2012 decided to switch to online wagering.

SoftSwiss created both white label casino solutions and games. The company itself was headquartered in Curaçao, but their development studios were in Belarus, which is a country that sits surrounded by Russia, Ukraine, Poland, Latvia and Lithuania. SoftSwiss built up an outstanding reputation for itself, especially for its forethought and for its embracing of cryptocurrencies. The company built up many successful partnerships with other software providers, including NetEnt and Microgaming.

In 2018 the company decided to split off the game development side into a separate company, which they called BGaming.

BGaming casinos are famed for its range of games, and for not concentrating purely on slots as many of its competitors do. Here is a quick look at three of this company’s most popular games. 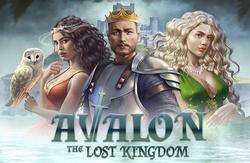 King Arthur is now so entrenched in the global tome of a myth that many people forget that he never actually existed (unlike Robin Hood, who did). The character may have been based on a real person, but King Arthur and his mythology have since been embellished greatly by countless scribes, including French writer Chretien de Troyes in the 12th century.

There have been countless slots based on the King Arthur myth, but this title by BGaming casinos is one of the best. The 2020 release has 20 winning paylines, an RTP of 95%, medium volatility and a maximum win of 5,000 times the player’s stake. This slot has all the common themes of the King Arthur legend although in the blurb he is named as ‘Prince Arthur’, so maybe this slot is something of a prequel? 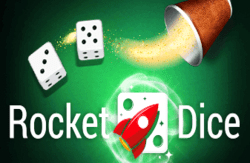 If there’s one common complaint about online casinos, it’s that there are not enough dice games available. While it is understandably difficult to render Craps as an RNG game, every online casino should have a couple of dice games, and dice games that go beyond Sic Bo which is basically roulette but played with dice.

Rocket Dice is BGaming’s solution to the dice gaming problem. Released in 2018, this game could not be simpler. You must choose a number between two and twelve and then bet on the next dice throw being over or under (your choice) that total.

You might think that sounds boring – well, BGaming casinos thought of that and added the ‘Risk Mode’ feature which is available after every win. You chose three values from one to six, and there follows a single dice roll. If your number comes up, then your win is doubled! 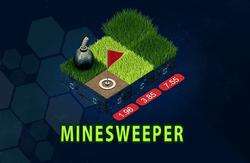 Who hasn’t played the Windows version of Minesweeper? It’s an enjoyable game where you click on squares to reveal bombs, numbers or blanks. The numbers tell you how many bombs are touching that square so you can work your way around the board without blowing yourself up.

The BGaming casino version of Minesweeper is not quite the same thing. On each turn, you get to choose from five squares. One square will contain a bomb. If you choose the square with the bomb, then it is game over. If you choose one without a bomb, you can advance to the next level. You can quit and take your winnings at any time, and of course, the further up the course you progress, the more cash you win! One bomb though and you lose it all.

Although not the most prolific online wagering software company around, BGaming casinos are one of the most versatile, instead of concentrating purely on slots as many other companies do, BGaming put as much work into their non-slotting titles too. They have come up with a decent range of extremely playable games, but as yet they have not really scaled the online casino heights.

Thanks to being part of the SoftSwiss network, BGaming’s titles can now be found at an extremely high number of online casinos. Hopefully, that means that all online casino players will be able to experience as many of this company’s decent range of titles as they want. BGaming’s efforts deserve no less.