Big Time Gaming (BTG) is not one of the first names that people think of when it comes to the leading online slots and casino software makers, so can this company claim to have hit the big time themselves?

Maybe, and maybe not, but one aspect of their business model has certainly proven to be an absolute hit – Megaways! Originally a theme encompassing some of their own titles, the Megaways concept has overtaken the slotting realm, with countless providers leasing the concept from Big Time Gaming and applying it to their own titles.

Big Time Gaming is about more than Megaways, though. Below you can find a list of all the best places to play Big Time Gaming’s range of slots, casino games and other titles.

Looking at the themes that you will find in these games, most of them don’t stand out. The developer is less focused on trying out new ideas, crafting stories or working hard on delivering modern graphics. If nothing else, I’d say that their games actually look pretty bad.

Often enough, you will find a lot of gemstones and Royals, both for low and high positions, so there aren’t any icons that stand out. On the other hand, one of their ugliest slots, Bonanza, is also one of the most popular worldwide, so they clearly make up for their neglect when it comes to design, with exciting gameplay.

Like many other online wagering software companies, Big Time Gaming did not just arise up out of nowhere. They were the brainchild of two big names in the casino software sector – Nik Robinson and Huw McIntosh.

Nik had been a leading light in the industry, and he founded the company New Tech Media in 1996. He eventually sold New Tech Media to News Corp who merged it with Orbis to become the leading sports-betting platform Openbet. Nik eventually decided to branch out on his own again in 2011 and he created Big Time Gaming along with his New Tech Media and Openbet partner Huw McIntosh. To add to this triumvirate of online wagering experts Ian Schmidt was recruited from Rock Star Games as creative director.

Initial titles by Big Time Gaming were not a success and largely ignored as they seemed a little too mundane. Then, in 2016, this development studio released Bonanza Megaways which began to make many casino players sit up and take notice of Big Time Gaming. The company has gone on to release many more titles, within their Megaways range and beyond.

If there is one thing to get excited about, when trying out a slot machine from one of the many Big Time Gaming casinos, then the top jackpots which are promised would definitely fit the bill. This developer does an incredible job designing slot machines with big-top prizes, and they were among the first to offer payouts of more than 20,000x the stake. They continue to launch games with medium to high volatility, which pays well over 10,000x the stake.

Though their games tend to be risky to play, and a lot of people will not get anything out of them, others have gotten those huge rewards, and they’ve shown that these slots do have potential to make players rich.

It might be incredibly rewarding, or incredibly risky, but a slot machine from BTG is also going to be fair in the long run. The Return to Player is at 96% or higher in most of their slots, with very few exceptions.

This is the main reason, why their slot machines have reached so many online casinos. Big Time Gaming has invented the Megaways system, along with a few other cool new features and ways of delivering wins to players, and they clearly try to keep things fresh. They specialize in slots with high volatility, but they often are capable of paying very well, and that makes up for the downsides of these systems.

In addition to the random Megaways system, and the focus on 6-reel titles, they also use wilds, free spins, unlimited multipliers and cascading reels. They all contribute to making Big Time Gaming casinos popular among players.

Big Time Gaming is not just about Megaways though – although mostly they are. Here are a handful of Big Time Gaming’s most popular titles. 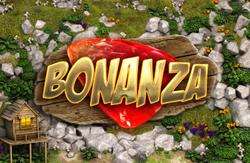 The clever motif with Megaways was that each reel contained a random number of rows every spin, from two to seven. There is also a mini vertical reel above the middle four reels too, which rotates and adds an extra symbol to these middle four reels. 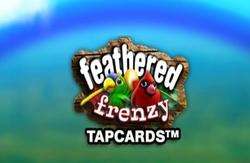 Tap Cards are Big Time Gaming’s version of the humble scratchcard. The aim of the game is to reveal three or more identical symbols. When tapped, a tap card will split into four different symbols. Each symbol can be a pay symbol in its own right, or it can become a tap panel. This can be tapped again to reveal four more symbols. Wild symbols that substitute for all other symbols add to this games’ thrills.

In this version, wins are gained by landing identical feathered friends of which the top paying is a toucan. They are joined in this game by playing card values ace and king. 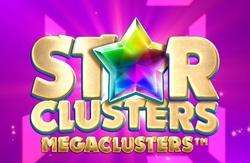 After transforming normal slots with their Megaways option, in 2020 Big Time Gaming attempted to do the same for ‘cluster pays’ slots by releasing Star Clusters Megaclusters.

With a ‘cluster pays’ slot, wins are not achieved by landing rows on reels, but by landing clusters of the same symbol in groups of five or more, as is common with many non-slotting games that are played on mobile.

This game begins with a 4×4 grid but once a cluster is landed it splits into four new symbols with the possibility of creating new clusters. During the bonus game, these mini clusters can split too, creating a potential playing area that’s 16×16 containing an amazing 256 symbols!

There’s no doubt Big Time Gaming have caused some big-time ructions in the slotting realm with their Megaways concept. We can think of no other slotting concept that was been so widely used by other providers, and it’s certainly a success story for Big Time Gaming.

Not everyone is a fan of Megaways though, and many online casino players have stated that they’d prefer software developers to continue to develop their own games as opposed to slapping the Megaways concept onto their existing titles.

One thing seems certain though – both Big Time Gaming and Megaways are not going anywhere soon.