There is definitely a place for software companies such as Booongo within the online casino realm. This dedicated team have worked hard to craft plenty of HTML5-driven slots all with one thing in common – very high-quality graphics. Despite this, the company does not have the resources to compete with top-end providers such as NetEnt, Microgaming and Playtech. Still, they’ve established themselves among the middle ground, particularly with customers in Asia.

The company has been around since 2015 and are based in the gambling hot-spot of Curaçao. Their licensing comes from a little-known licensing provider – Antillephone who themselves are regulated by the Government of Curaçao.

You will not find Booongo’s titles at online casinos in abundance, but there are plenty of places where you can play them, including at the following sites.

If there is one thing that Booongo is famous for, it’s for having an awful logo! For some reason the company decides to overprint the middle ‘o’ in the ‘ooo’ part of their name over the other two ‘o’s, creating something that looks like Bco – backwards ‘c’ – ngo indeed if you look at their logo in one certain way you can see clearly that they haven’t thought this through.

Again, like many smaller online gambling software companies, there is not a lot of information around about Boooongo. Their main offices are in Curaçao, but they are truly an international company in that they also have offices in Ukraine (game development) and Taiwan (administration).

With its offices in Taiwan and with a lower-tier licensing provider in Curaçao, it is no wonder that Booongo casinos tend to concentrate upon less regulated markets such as those in Asia. If you are a player in a jurisdiction that has tighter concerns when it comes to regulation, such as the UK, then it’s unlikely that you will find Booongo’s titles at the online casinos that are available to you.

With this Asian-themed aspect, it will not surprise you either to learn that many of Booongo’s games have an Asian theme, as it is common with this type of operation. 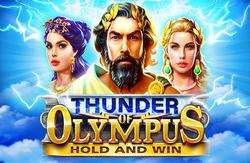 Those Greek gods were a selfish bunch, weren’t they? They would sit atop their lofty perch on Mount Olympus and dictate how us hapless humans lived their lives, using them as pawns in some pointless game! More like cads than gods!

Most online slots providers have felt it okay to use the myths of Ancient Greece as the basis of their slot and Booongo are no different. This title is full of gods and epic Greek symbols in the hope of landing players some equally epic wins.

This game has the classic ‘Hold and Win’ feature that’s exclusive to Booongo, plus it has three progressive jackpots – Grand, Major and Mini. Collect lightning bolts to trigger the bonus feature where you have a chance of securing one of those jackpot amounts. 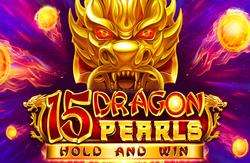 It has to be said that Booongo has a formula and its one that the company likes to stick with. Of course, this could mean that Boongo can be a little unimaginative when it comes to slots, but we are going to give them the benefit of the doubt!

This is an Asia-themed game (like the majority of Booongo’s titles) and has a single jackpot that’s ‘Grand’ and sits at 15,000 times your stake.

As usual from Boooongo 15 Dragon Pearls has high-quality graphics and an authentic theme tune, but that doesn’t disguise that this is ‘just’ a 5×3 slot with 25 paylines. Indeed upon playing this slot for the first time, you’d be surprised to learn that this game is a recent addition to the online casino realm as the summer of 2020. 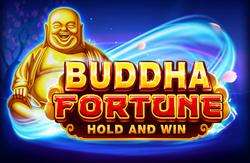 For the final game in our Booongo recommended list, we are going to stay with the Asian theme and hit up Buddha Fortune. Here we have the ‘chubby’ version of Buddha as opposed to the slimmed-down version more in favour in recent times.

If you’ve played a Booongo game before then you’re on very familiar territory … indeed you might think that ‘Buddha Fortune’ is just ‘Thunder of Olympus’ with a few different images, different music and a few tweaks.

You ‘buddha’ believe this is a decent enough game, but like much of Booongo’s output, it’s not going to blow you away.

Booongo is a company with a dodgy logo and low-tier licensing. This is why they perhaps have not been as successful as other companies with the same kind of resources. The company have made many ‘good enough’ games though, and if you can find an online casino (hint: use the table above) that hosts Booongo’s games, then you are still probably going to be entertained.

It might be interesting to see what the future holds for Boongo, especially if they change that awful logo!