Core Gaming is a game developer, which uses HTML5 technology to deliver excellent slot machines and other types of casino games, mostly to the online market. As you will soon find out, they plan on expanding into the land-based market as well, through a partnership, with which they’ve signed a deal. Until then though, we’re looking at over 60 casino games, 90% of which are slot machines, while the rest belong to various other categories, including roulette and card games.

I think you will appreciate the fact that the developer has licenses from two of the better jurisdictions that you’d want protecting players. One is for the UK market, and it comes from the country’s Gambling Commission. The Gaming Control Commission of Alderney issues the other.

Core Gaming was founded back in 2007, so we’re not talking about a newcomer in this category. They’re based in Birmingham, United Kingdom, and they are developers of HTML5 content, with a variety of casino games available. They have a relatively small collection, given the amount of time that they’ve been around, but it doesn’t look like their own catalogue of content had their full focus until recently. While they created content for other companies initially, this has changed in recent years, and we’re starting to see new slot machines from them as well, and fairly frequently.

A big focus of theirs appears to be on the mobile market. Their games are designed in HTML5, and they are accessible on all types of devices.

It’s a developer that has done an excellent job over the years, as evidenced by the awards that they’ve received lately. It took them a while to get going since they were established in 2007, but then they won awards in 2016 for innovation in Slot machines at the EGR B2B event, and later they were also named Supplier of the Year for iGaming, at IGA.

If you’re not as much a fan of online gambling, then perhaps you will love to hear that they might soon come to a land-based location near you. They’ve signed a partnership with a company called Storm Games, which allows the latter to create games based on Core Gaming’s titles, but for land-based machines.

Core Gaming currently has 65 different online games to offer, out of which 58 are slot machines. They’ve launched several new titles lately, including slots like Playa Banca and Grabba Dabba, but we’re mostly going to discuss their most popular titles below.

Before we get started, I should mention that I like their games in general, they’re great fun, and they provide the player with big top jackpots to go after, though often enough this means that they have high volatility as well. Return to Players (RTP) mostly seems at the right level though, so it looks like a fair collection of slots. 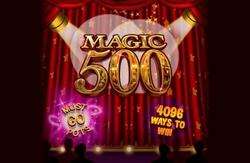 Magic 500 seems to be one of their more popular titles in recent times, perhaps because it’s also one of their 2020 releases. A slot machine which has a 96.10% RTP, it relies on a system with 6 reels and a total of 4096 ways to win. Its major features range from wilds and scatter, to free spins, mystery symbols and multipliers.

Magic themed, the game takes us to the stage where a lovely female magician is performing. It has a cartoon-style design, good enough for its purpose, though perhaps not very interesting if you compare it with other games which share the same type of theme. 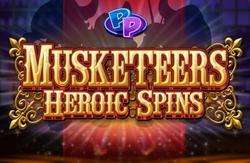 I think you will appreciate the RTP in this one, since it’s set to 96.99%, but the 2,500x top jackpot is not too bad as a target either. I’d expect a medium volatility game here, but I haven’t seen it mentioned. 5 reels are getting a total of 20 lines from it.

Once again, when it comes to features we’re looking at wilds, free spins scatter, but there will also be random multipliers, sticky wilds or mega symbols, among others. It’s a feature-rich title, and it can be loads of fun. 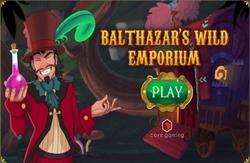 As for Balthazar’s Wild Emporium, its story revolves around a potion shop apparently, and you see Balthazar next to the reels, as he’s selling his various potions in vials and bottles. He might be a snake oil salesman, but the features he introduces can be fun, as they give us wilds, both regular and random, along with bonus games and several types of free spins.

Core Gaming looks like the sort of developer that you can definitely get on board with. It’s done a great job in recent years, ever since they’ve started expanding their own collection of games, and they’ve used their experience of over a decade in the industry to deliver some interesting slots.