CT Gaming – formerly “Casino Technology” – have long been at the forefront of casino technology, both real-world and online. Like other giant companies of their ilk such as WMS and IGT, CT Gaming has made a distinct name for themselves in both sides of the casino business, but they have chosen to concentrate on real-world technology as opposed to completely embracing the online side of their operations.

There is one huge difference between CT Gaming and WMS/IGT through – CT Gaming is a Bulgarian-based company that has expanded and expanded via a country that does not exactly have a high reputation for casinos and gambling, either in the real world or online. It’s been a remarkable rise for this company which now has offices in more than a dozen countries all across the globe.

You might not find many titles at CT Gaming casinos, but you certainly can if you look hard enough … or you can save yourself the time and effort by consulting the table below!

Casino Technology was incorporated in 1999 and was granted a licence by the Bulgarian Gaming Board to make and distribute gambling equipment. Their first cabinet was called ‘Mega Jack’ and housed a small handful of basic video slots, including Slot-O-Pol, Aztec Gold and Champagne. This cabinet concept became a runaway success in Bulgaria.

By 2002 the company had expanded into nearby Russia and Kazakhstan. It moved into automated routine machines and then began to distribute its technology to Ukraine and Serbia, adding a second video slot title – Gemini – to its range.

In 2007 Casino Technology broke beyond European borders and moved into South America for the first time. It also branched upwards into the Americas – the US, Canada, Panama, Honduras and others.

This expansion continued apace over the next decade and in 2014 the company even began to sponsor Bulgaria’s leading soccer team, FC Ludogoretz. In 2020 Casino Technology celebrated two success-filled decades by rebranding itself CT Gaming.

If you go to online casinos looking for an authentic casino experience, then you’ll be overjoyed at what CT Gaming can offer you as their games are designed to work at casinos within hard drive-driven cabinets and online. The following are all HTML5-based games that can be enjoyed within either environment. 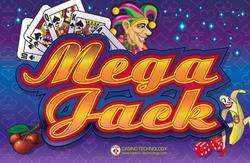 Mega Jack is where it all started for CT Gaming … although it’s not a game as such. Mega Jack was the first multi-game cabinet designed by CT Gaming (or Casino Technology as was then) and was installed in suitable outlets all over the country of Bulgaria. CT Gaming themselves described Mega Jack in 2001 as ‘the most successful product in Bulgaria’.

It must have been a success for them as it enabled them to create both Casino King and Casino Prince – automated roulette machines. CT Gaming has followed this up with several other real-world gaming platforms for real world casinos and similar establishments. 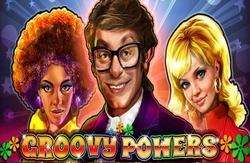 All of CT Gaming’s titles are powered by HTML5 which means they can be used on any platform capable of rendering a webpage. So, you can play their games on your desktop, laptop, on your phone or via one of their cabinets.

Groovy Powers is typical of a CT Gaming title. It is a very simple-looking and simple-playing game with five reels, three rows and a choice of 1, 5, 10, 15 or 20 paylines. It doesn’t seem that CT Gaming is fond of licensing deals, so they’ve … borrowed … the concept of this game from a series of James Bond spoof movies created by and starring Canadian comedian Mike Myers. 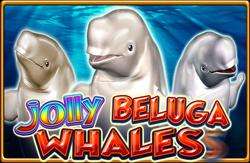 There’s one thing that’s certain about the whole slotting realm – it needs more games about beluga whales! Thankfully CT Gaming is on hand to solve this particular issue. Here the ‘jolly’ beluga whales are on hand to swim in the chilly Arctic waters and win you some cash.

Once you have played a few CT Gaming titles you will notice something – every slot is practically the same, just with different graphics and a few tweaks here and there. If you are expecting variety and innovation, then you won’t be as jolly as any of the beluga whales in this game!

The history of CT Gaming or Casino Technology as they were once known is completely unique. Who would have thought that a successful real-world and online casino technology company could arise out of Bulgaria, a country more famous for … er … whatever Bulgaria is famous for!

The company first expanded successfully into neighbouring territories such as Russia, Ukraine and Estonia and then eventually jumped over the Atlantic to become a success too in Argentina, Peru, Mexico and eventually the USA. It has a strategy that has paid off for them, of that there’s no doubt.

You might not be able to find many CT Gaming’s titles online, but you should be able to find them in the real world, even if you have to travel to darkest Peru to do so!