Evolution Gaming holds a unique place in the realm of online casinos, slots, bingo and sports betting sites. They are the number one provider of live dealer casino options anywhere on this planet. At the time of writing they are in talks to take over one of their rivals in NetEnt, which is a move that will no doubt further cement their number one status.

Live casinos are in fact TV-style studios that are done out to look like real-world casinos. The live-action is streamed to the device via which a player is playing at an online casino. The player interacts with the table via an interface on their device. This all results in casino action that’s as close to being as authentic as possible.

Evolution Gaming came into being in 2006 with one aim and one aim only – to become the leaders in Europe for live dealer action. Their initial targets were sports betting sites, and they signed agreements with huge names such as Gala Coral, William Hill and VC Bet.

The first live dealer casino this company opened was in Riga, Latvia. This was shared studio space so that players playing at any online casino with access to the live casino could be playing at the same table. By 2009 Evolution Gaming’s flagship casino had quadrupled in size to meet the demands placed upon it.

In 2010 the company began to offer dedicated tables, meaning that sites could promote a live casino as being their own. By 2013 the Evolution Gaming studios in Latvia had no less than one hundred tables, making it easily the biggest in the world.

Three years later Evolution Gaming had opened six live casino studios in Latvia and added a seventh in Romania. It also began to stream live roulette via three real-world casinos – The Ritz Club and The Hippodrome in London and the Dragonara Casino in Malta. In 2017 it opened yet another live casino studio, this time in Tbilisi, Georgia.

In 2020 Evolution Gaming was voted ‘Live Casino Supplier of the Year’ at the EGR B2B awards, but this came as no surprise as it was the eleventh year running they had won the title! In the same year, they announced their intention to cement their number one live casino status even further by buying rival NetEnt for $2.1 billion.

Evolution Gaming has a very varied portfolio that goes beyond the casino staples. Here we take a look at some of this company’s best titles. 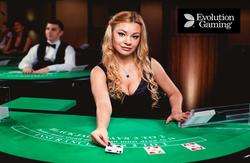 Evolution Gaming now has several studios the world over, allowing players to partake in live versions of roulette, baccarat, blackjack and poker. As well as the classic casino titles, the Evolution Gaming studios also offer a number of game show-style games, including Monopoly Live, Lightning Roulette, Mega Ball, Deal or No Deal Live and Crazy Time. 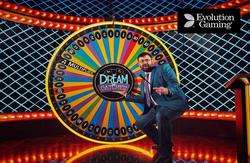 Keno has never really caught on at online casinos, mainly perhaps because, like craps, it’s the live participation aspect that’s the most crucial part. In the live casino version by Evolution Gaming players bet on the number upon which a spinning wheel will settle: 1, 2, 5, 10, 20 or 40. There are also bonuses and multipliers and it is all expertly handled by a skilled live dealer and presenter. 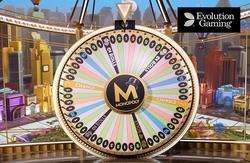 You’d think they’d be no call for a live version of the world’s most boring (and nonsensically popular) board game, but you could not be more wrong. Players can bet on a keno-style wheel with numbers 1, 2, 5 and 10. If they bet on and land on ‘2 rolls’ or ‘4 rolls’ they could be selected to play a special 3D Bonus Round where play takes place on a video Monopoly board. This part of the game is really entertaining for all participants, and not just those spinning around the game!

Evolution Gaming is already the number one live casino provider in the world, so if their purchase of NetEnt goes ahead then they will be so far ahead of their competitors it would be like the world’s leading marathon runner running a marathon where every other competitor can only run in hobnail boots.

This company has made it to this number one position in the best way possible – by providing an outstanding, reliable product to its customers. Evolution Gaming deserves all the success it has so far experienced and the success that is likely to come to it in the future.