If there is one slot that is here, there and everywhere it’s Fluffy Favourites. This incredibly or inexplicably popular online slots game is found at almost every online casino going and the people behind this … or to blame … are Eyecon.

This company has been around a very long time – since 1997 in fact – but they tasted absolutely zero success until 2006 when someone decided that fluffy toy animals would be the best theme going for an online slots game and hey presto, Fluffy Favourites was born.

This Channel Islands-based company does make other video slots though, and you can find the best places to play their games by consulting the convenient table below.

The birth of Eyecon came about in 1997 but at the time they had no intention of becoming involved in the online casino market. The company initially made computer games and were the people behind the phenomenally successful game Gore, which was downloadable via the internet and could be played on PC.

Buoyed by this success Eyecon turned to casino games in 1999. In their early years, they perhaps regretted this decision as their output met with little success. It wasn’t until the 2003 release of Temple of Iris that online casino players began to take notice of them.

In 2006 Eyecon released another phenomenon, Fluffy Favourites – of which plenty has already been saying and will be said all over the course of this article. Since then Eyecon has released a steady stream of decent games, but none have matched the success of those fluff-tastic critters.

Although still based where they were founded – Alderney, which is one of the Channel Islands – the development side of Eyecon’s operations has been moved to Brisbane in Australia. The company is also now owned by casino giants Playtech, who purchased Eyecon in 2017 for £50 million.

Did you really think we were going to talk about Eyecon without mentioning Fluffy Favourites? Well, we could try but we cannot think of any other software company that’s so synonymous with a single title. NetEnt has Gonzo’s Quest but it has Starburst too and dozens of other games. Eyecon does have games besides Fluffy Favourites and in addition to the Eyecon classic, you will find information below about two others. 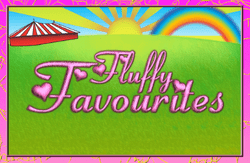 Hmm … so what makes Fluffy Favourites so popular? Is it the dynamic, edge-of-your-seat gameplay? Is it the cutting-edge soundtrack? Or is it the cute and cuddly fluffy animals? Well, obviously if you have played the game (and who hasn’t?) then it’s option C.

Fluffy Favourites has been around since 2006 and Nelly the pink elephant and her fluffy chums have been filling online casinos with fluffiness ever since. This is the most simplistic game imaginable with five reels, three rows and one wild (Nelly herself). In this version of the fluffy franchise (there have been three sequels) the only other bonus feature is the ‘Toybox Pick’ bonus. 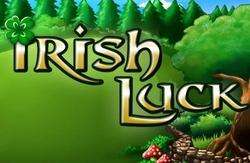 Even Eyecon themselves might admit that they are hardly the most adventurous software company. They have a reasonably simplistic attitude to the way that they do things and they tend to do what other, more successful software studios do. That’s why – like almost every online casino software company under the sun – they have released an Irish-themed online slots game.

With this latest trip to the slotting Emerald Isle you receive an extra thrill as the first reel contains the letter ‘I’, the second the letter ‘R’ and … well, you get the idea. If on one spin you manage to spell out the word ‘Irish’ then you will win a tidy jackpot of 3,000 coins. Look out for leprechauns and fairies too as these will trigger bonus features too. 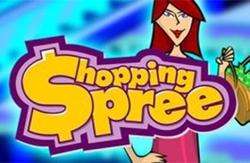 If there is one thing that Eyecon does well it’s slots that may feel more attractive to those with a pair of X chromosomes. While it is hardly ‘woke’ in this day and age to say that shopping is primarily a female pursuit, there are other aspects of this Eyecon title that point to it being designed for the ladies as opposed to the gents.

This is one of Eyecon’s most playable games, but it is also their most basic in terms of graphics and sounds. You need to watch out for the ‘Money Bag’ symbols as that acts as a scatter and can award you fifteen free spins. As an added money bag bonus, all wins that you earn during free spins are trebled.

You can understand why Eyecon would invest so heavily in a winning concept for them, but perhaps they should have concentrated upon the standards of their other slots too. Any player’s feelings about Eyecon are entwined within their feelings about Fluffy Favourites and for any software house, that’s pretty unique!