Although with companies like Microgaming, Playtech and NetEnt that seem to have been around since the dawn of online casinos, there are many smaller companies that have sprung up over the last five or so years. A few of these companies practically instantly crash and burn, but several of them survive and begin to get noticed when people think about the best slots and casino games they have recently played.

One company that fits this description perfectly is Foxium. Founded in 2015, this company struggled at first to get their games hosted at online casinos, but after signing an agreement with Microgaming to use their Quickfire platform, they started to really get noticed for the high quality and playability of their online slots. This company has released some superb games of late, with their gaming portfolio reaching double figures in 2019.

Foxium is like very good poker players – they like to keep their cards close to their chest when it comes to details about themselves. It is known though that the company came into being in 2015 and was based in Tallinn in Estonia. Originally Foxium developed games using the Odobo platform, but Odobo went out of business in the summer of 2016 leaving Foxium high and dry.

The company had therefore to look elsewhere for partnerships and approached NYX Interactive and Microgaming for help. In the end, they signed deals with both, gaining access to NYX’s Open Gaming System platform, and the resilient gaming and distribution system from Microgaming called Quickfire.

In the end, Foxium developed four games with NYX: Fruitz, Lucky Bakery, The Lost Riches of Amazon and The Odd Forest. The rest of this companies titles have been developed via Quickfire and distributed by Microgaming, including Stumpy McDoodles and The Great Albini.

Foxium has remained true to their roots and their main studio is still in Tallinn in Estonia. They have deals with both single online casinos and casino aggregators such as EveryMatrix. This means that unlike other small online casino software companies, Foxium’s games can be found at a large number of online casino, slots sites, bingo sites and even sportsbook.

Since 2005 Foxium has released, on average, about two or three slots every year. Most people seem to prefer slots by Foxium that have been built using Microgaming’s Quickfire platform, but that doesn’t mean their NYX-based games should be cast aside!

Here are some details about three of Foxium’s most popular slots. 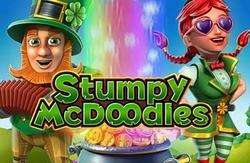 Released early in 2020, Stumpy McDoodles Is a feature-rich Foxium slot released via Microgaming with 5 reels, 20 paylines and a legendary RTP of 96.26%. Stumpy (and Mrs McDoodles) are the stars of this Irish-themed slot, which also features Foxium’s ‘Foxify Feature’ in which you can automatically unlock certain aspects of the game by upping your current bet by a half. As this is an Irish-themed slot, make sure you look out for rainbows and pots of gold! 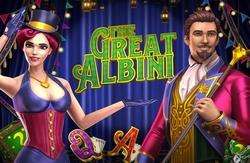 Another Foxium and Microgaming slot with a rewarding RTP (96.66% in this case), the Great Albini slot arrived at countless online casinos in late 2019. The Great Albini is the name of the magician who literally takes centre stage in this game, aided by his beautiful and buxom assistant. This game commences with three rows and 25 paylines, but with a little bit of magic this number can increase to six rows and 50 paylines – now that is magical! This slot also features excellent graphics and rewarding gameplay.

In terms of graphics, this is without a doubt Foxium’s greatest-ever game. It is simply gorgeous, with cutting-edge introductory animation and hordes of treasure waiting to be won. The three tiny gods are cute versions of legendary guardians – Horus (a bird), Anubis (a dog) and Bastet (a cat). It also features three progressive-style jackpots, a pharaoh and his queen, plus the Foxify Feature as mentioned above. A foxing fantastic game!

There are plenty of smaller gaming studios that, when a new release from them comes to light, everyone just shrugs their shoulders and says “so what?”. That is simply not the case with Foxium. This Estonia-based company may not deluge slotting sites with titles, but the games they do create always have high-quality graphics and outstanding sound effects. Some of Foxium’s releases in 2019 and 2020 have been on par with slots from much bigger companies with much greater resources.

Lots of casino players now enjoy the concept of ‘Foxium Hunting’ which is searching out the games from this improving software house at the biggest and best online casinos!