Just like Hollywood, when it comes to online slots games you have your ‘A’ listers and your ‘B’ listers. For every Brad Pitt there’s a William H. Macy, and for every Jennifer Lawrence, there’s a Hilary Swank. In terms of online slots providers, there are ‘A’ listers such as NetEnt, Microgaming and Playtech and there are ‘B’ listers that will never find themselves on the ‘A’ list no matter how hard they try.

One of the names on the ‘B’ list is Leander Studios (formerly Leander Games). Despite a lot of bluster on their site (“Leander is an industry-leading games studio”) this company has not quite reached the heights, they like to claim they have. They have released nearly 300 games though, and well over 100 online casinos carry Leander Studios’ titles.

When it comes to online slots providers there are not many that are based in South America, unless you count those based in the tiny tax-haven that is Curaçao. Leander Studios are the one exception to that rule as they were originally based in Argentina. They still have premises in Buenos Aires in Argentina, but they are now headquartered in Sliema in Malta.

Leander Studios have been around since 2009. Their current CEO is Steven Matsell who was previously the director of GTS who are part of Playtech. Leander though was founded by Ramiro Atucha and Mercelo Blanco, both of whom left the company to join up with another Argentina-based company Vibra Gaming. Until 2020 Vibra Gaming was known as Spieldev.

Leander has been creating online slots for over a decade now, occupying a definite niche in the online casino niche, if not that much of a lofty one.

What Does Leander Studios Offer?

At this point in time, Leander Studios casinos offer their titles in 26 languages, as well as a range of varying currencies. This has made it possible for the software company to really expand its customer base. It is important to remember that as of the moment Leander Studios is not able to offer an entire, full casino platform and this means that casinos are not able to make use of this provider as their sole platform. This means that when players come across Leander Studio within a casino, they will usually be displayed among the games from other software providers.

Leander Studios does not currently offer a very wide selection of games – there are just over a dozen of their titles on the market at the moment, but these titles are becoming increasingly popular, and that makes all of the difference. The company not only specializes in creating their own games, but also games from other vendors.

The provider does not only offer slot games but also boasts a range of table games, including blackjack, baccarat, bingo and poker. The provider has spread its wings and begun to offer social gaming and even won the Social Gaming Supplier of the Year – a prize offered at the eGR B2B Awards back in 2013. This shows that the provider is not afraid to try something different, and this has allowed it to stand out from the crowd as a result.

The games being offered by Leander Studios are tested to AGCC standards, which mean that the games have been certified to be fair and random. This is imperative to players who want to ensure that they have a fair chance of winning when spinning the reels on a Leander Studios title. This also means that the casinos boasting titles from this provider are automatically seen as more trustworthy to potential players.

Despite having to be in business a number of years Leander Studios have yet to release a title that has sent shockwaves through the online casino niche. Here though is a run-down of three of the most playable titles that this online software company has managed to produce. 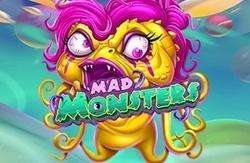 For many a moon, it has been a common criticism of Leander Studios that most of their games look and play exactly the same. In attempt, perhaps, to break from this mould, in the summer of 2020 Leander released Mad Monsters which was definitely different from the company’s fall back of a 3×5 online slot.

Here, the symbols – which are mad mutant monster versions of common critters – are arranged in a six by seven pattern. This is a cluster pays slot which rewards clusters of at least five identical symbols. If you can be bothered to do the maths then that’s 16,807 possible winning ways. Cascading reels, respins and free spins are all added to make this one of the most entertaining games that Leander have ever produced. 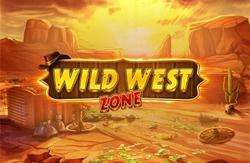 Another 2020 release this game, while great to play, also showcases an aspect of Leander that has caused a little controversy over the years, in that they ‘borrow’ concepts from other slots and other online slots providers. On the surface, this seems just a super-sized slot with five reels and five rows. However, this game can be expanded so that it has seven rows and six reels with 117,649 ways to win. Slotting experts may recognise that number and to help we will say it again … 117,649 ‘mega’ ways to win.

This is a wild west theme and because there is plenty of other wild west themed-slots Leander cannot really be criticised in that regard. This game also features free spins, a bonus game, respins and a win multiplier. 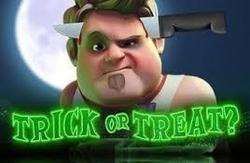 Trick or Treat was actually a custom that began in the United Kingdom where it quickly fell out of favour. It was then taken over to the USA where it really took hold, so much so that Halloween is a major festival in the US to rival even Thanksgiving and New Year’s Eve.

There is a great deal of spookiness about this Leander Studios slot. People in the spookiest get-up make up the symbols on the reels and they are accompanied by plenty of ghostly bonus features including the Witch’s Spell, Creepy Candy Free Spins, the Jack o’Lantern Bonus game and Potion Wilds. Not a game to play in the dark if you are not a fan of things that go bump in the night.

If you have been playing at online casinos or slots sites for a year or two at least, then you are probably familiar with a decent selection of Leander Studios’ titles. We are guessing though that when it comes to your favourite online slots games, you tend to look elsewhere.

Leander Studios remain on the ‘B’ list of online casino software studios and unless they up their game a little, that’s just where they are likely to stay.