There are plenty of young companies providing online slots to internet-based online casino, slots and bingo sites. Still, two companies can safely be regarded as being the ‘granddaddies’ of all online slots software. One of those companies is Playtech, and the other is Microgaming.

Many people think that online gambling is a relatively new phenomenon, but that could not be further from the truth. Microgaming have existed from well before the turn of the last century! Indeed, the company claims that they have existed since 1994.

Microgaming has made countless online slots, but they are most famed for their progressive jackpot slots. In 2015 their Mega Moolah game paid out a record £13,200,000 to a very fortunate player in the United Kingdom.

When they came into being in 1994, Microgaming was not really interested in making online video slots at all – they wanted to create online casinos full of classic casino games. In 1994 most people still had only dial-up internet, so online casinos were hard to find and even harder to play at.

Microgaming also branched out into poker too, but the UIGEA act of 2006 hit that particular market hard, and Microgaming eventually reeled back on its poker client.

It was with slots and casino games that Microgaming achieved their best results, and they eventually opened their own live casino studios. The current Microgaming live casino runs in Canada, providing all the casino classics to countless online casino and sports betting sites.

Microgaming has struggled of late though in what has become a very competitive marketplace and has scaled back a few of its operations. It’s a name that’s likely to continue to thrive though, as long as online wagering remains a popular pastime.

What Does Microgaming Offer?

The software suite called Viper was released in 2004, and it boasts some fascinating special features, included bonuses, autoplay, and even game help. The games within this suit also come with strategy interface and game statistics.

Currently, players can expect to come across over 1000 games within a new Microgaming casino, including those in flash versions of these sites. This is not only a wide selection of games – it is currently one of the widest selections on the market. The flash version of these games ensures that players do not have to wait for downloads before playing the games.

When it comes to game selection, players can choose from a variety of options, including; a casino and mobile games, bingo, poker, sportsbook, multiplayer and live dealer titles. Some of the most popular titles currently being offered by the software provider include; Jurassic Park and Immortal Romance.

When it comes to any software provider, safety, security, and fairness should all be priorities, and players should expect no less than this when turning to Microgaming. The platform not only offers players the chance to access their games in 24 different languages, but it also takes security very seriously.

One of the ways that players can determine whether a casino is fair is to find out what sort of measures the software provider takes to ensure their games are fair. Microgaming played a role in establishing eCOGRA, which is an independent authority that sets high standards for fairness in place. Only those software providers who can measure up to these standards is worthy of an eCOGRA certification and Microgaming is one of them. 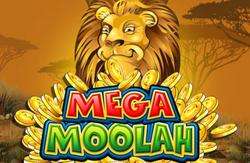 No article about Microgaming games would be complete without the inclusion of their most famous slot with a progressive jackpot – Mega Moolah. It is currently the only progressive jackpot slot that seeds at £1 million, which means that if anyone secures the top jackpot when playing the maximum stake, then they are guaranteed to become an instant millionaire.

The Mega Moolah jackpot tends to be won between six and ten times per year, and each time that it is won the jackpot has usually reached a sum over £10 million. Other than the jackpot, this online slot does not exactly have a lot going for it, which is understandable as it was created in 2007 and hasn’t changed since! 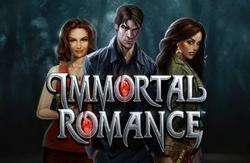 Away from Microgaming’s mega jackpot slots, there is one title that stands head and shoulders about all others – Immortal Romance. This title has a gothic theme and has plenty of distinctive features. It is also one of those slots that reward an extended playing session.

This game has four characters – Sarah, Michael, Troy and Amber – and each generate their own special games that are triggered if the reels roll right for you. The more you play, the more features you are likely to unlock, meaning that the sizes of the payouts you can potentially win get better too.

This slot looks divine, with eerie music and sound effects that really add to the gothic atmosphere! 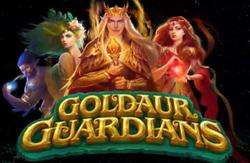 This 2020 release helped prove that Microgaming was still quite capable of releasing quality titles, even though their output is not as prodigious as it once was. A basic slot at heart, this game contained some nice features plus a very decent RTP of 96.36% and a maximum payout of 1,000 times the player’s stake.

Microgaming kept many traditional aspects of a slot with Goldaur Guardians though, with five reels, three rows and 20 active paylines. It added random hero spins plus giant spins to increase a player’s chance of hitting a pleasing payout.

One of Microgaming’s best releases (albeit via Alchemy Gaming) for some time, with incredible graphics and thrilling sound effects.

Microgaming is not as prominent as they once were in the online casino sphere. Still, they maintain new slot releases every month, although mainly now via their online casino software partners. Over time they’ve released over 800 games themselves plus another 700 via their associated companies. Also, over time, they have handed out over £1 billion in progressive jackpot payments.

You know where you are with a Microgaming slot, and that’s been true for over 20 years and is likely to be true for the next 20 too!