One of the more popular developers these days, Pragmatic Play has been around for a couple of years, and have managed to leave a good impression so far. The majority of software providers seem content to concentrate upon online slots games when it comes to the titles they release into the slotting multiverse. Pop across to any top online casino and the number of slots will far, far outnumber any other kind of game that you might find at the site. It seems a no-brainer then for any wagering software firm to pump out slots as opposed to casino games such as blackjack and roulette.

Not all take this approach though. Companies like NetEnt, Microgaming and Playtech cover all the bases with slots and casino games plus bingo and poker too and even live casinos. One thing these companies have in common is that they are all big names with hundreds of employees all over the world.

You don’t have to be big to be an all-rounder, though. One company that is taking on the big boys via multiple channels is Pragmatic Play. These guys have slots, games and even a live casino too!

What follows is a list of the leading online casino and slotting sites where you’ll probably find all of Pragmatic Play’s games.

Over 200 games are available from them, including slots, bingo and live dealer tables, and they can help make any Pragmatic Play casino an interesting option for its players. Actually, well over 400 casinos have welcomed their games already, and so it should be fairly easy to find one that relies on them.

They also collaborate with several independent auditors, to test the RNG in their games. Among those, you will find Quinel and GLI.

Pragmatic Play has been around since 2007, although when the company was founded in 2007 they were called TopGame Technology and took a very different approach to online casino games compared to how Pragmatic Play conduct themselves now.

TopGame Technology jumped upon the Microgaming way of doing things when they began to create games by offering slots with progressive jackpots. When it comes to progressive slots, the jackpot funds are held by the developer of the game and not the casino(s) where the game is available. If the jackpot is won then it is up to the developer to release the jackpot to the relevant casino, so that the casino can then pay the lucky player who won the jackpot.

Unfortunately, TopGame Technology gained a reputation for being a little tortoise-like when it came to releasing progressive jackpots. This began to cause ill-will between the company and their casino partner as – as far as the casino player is concerned – it’s the casino that’s at fault for not paying and not the software provider.

Since 2015 the reputation of Pragmatic Play has just become better and better. Not only have the company released many excellent software titles, but they also provide live dealer options for countless online casinos from their casino studios in Romania which offers all the casino classics. It is also one of the few live dealer casinos that offer the popular Asian dice game, Sic Bo.

As of right now, Pragmatic Play casinos will have as many as 210 games to offer, about 150+ of which are video slots, 35 are classic slots, while the rest include card games, roulette, live casino games and a few others.

The company offers several slot machines which are highly appreciated by players. Their top 3 titles right now are Wolf Gold, Mustang Gold and John Hunter & The Tomb of the Scarab Queen. Quite a few others are considered top 100 slot machines from their collection, and it’s easy to see why they’re so appreciated.

It doesn’t have a reputation as the most innovative company around, and you will see this in their themes and graphics, but they do provide players with lots of high volatility options, and the potential tends to be impressive in many of their titles. Feature-wise, they’re not going to give you just the basics, they work more on that side than others, and that’s also to be appreciated.

This is the area where Pragmatic Play slots seem to shine. The games they’ve been releasing in the last couple of years have higher volatility than you get at most, and it shows in the kind of potential that they have. To give you just one example, a slot like Buffalo King is capable of paying 93,750x the stake, which is just astonishing. A lot of their other slots will routinely promise top rewards of 10,000x to 20,000x, which also quite a bit higher than what most have offered in the past.

On the other hand, with huge top jackpots, comes huge volatility as well. The games are obviously not very likely to come close to those rewards, even though it’s a possibility.

Ultimately, their slots are expected to have an RTP of 96% or higher, and that’s enough for a modern release. They might have to make their slots risky, in order for the potential to go higher,  but that’s normal. Players do seem to love this type of game these days, and more developers have included such risky titles in their portfolio lately.

If there is one thing to be dissatisfied with, when you’re playing at a Pragmatic Play casino, and you’re trying out their slot machines, is that the stories they tell are not very good. Never-mind that there isn’t really a story behind most of their slots, but the theme is not particularly unique or interesting either. The typical Pragmatic Play slot might have a theme related to wildlife, Ancient Egypt, pirates, treasures and other similar options.

The design quality is mostly average as well. I’ve seen much worse looking slots do well if everything else comes together, so the graphics are clearly not a huge downside for most players.

It’s one more area where I found Pragmatic Play to shine. It’s not easy to get to big payouts in most slots, but it’s possible if the right features are included. This developer has done a great job at implementing bonuses with huge potential. It might require free spins with locking multipliers (Mysterious), a Multiplier Wheel (in Master Joker), stacked wilds with up to 3125x combined multipliers (Buffalo King), but they manage to pull it through and make it fun.

Pragmatic Play’s Games have not quite reached the heights attained by, say, NetEnt or Microgaming, but they have still managed to churn out a few very playable titles. Here are details about three of this software company’s best games. 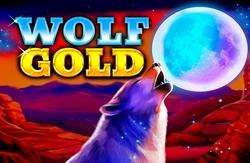 Wolf Gold is probably Pragmatic Play’s most well-known slot, although it is not considered to be the best provided by them. The theme of this 5 reel, 3 row video slot is the wild lands of North America. The wolves are howling and the eagles are screeching as you play this game, hoping to land a winning combo on one of the slots 25 paylines. This game has excellent graphics and watch out for the Blazing Reels Free Spin combo where the central three reels merge into one that’s super-big! 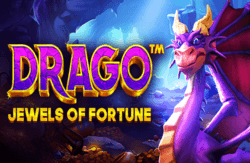 A 2020 release, this slot accurately showcased how far Pragmatic Play had come in terms of game quality in what has been a relatively short period. Drago is a pink and purple dragon who keeps a watchful eye over the reels as you spin. This game also had a unique set up with a 5-4-4-4-5 real pattern and a cool idea – when you land identical symbols in all four corners of the slot you trigger a free spins bonanza! 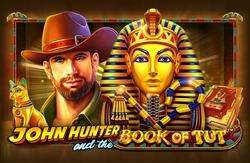 John Hunter and the Book of Tut

John Hunter is the hero as far as Pragmatic Play is concerned. In this game with five reels, three rows and ten paylines, Mr Hunter is off to Ancient Egypt in the hunt for any treasure left unattended by King Tut himself. This was John Hunter’s fourth outing for John Hunter, following on from the Tomb of the Scarab Queen, Da Vinci’s Treasure and the Aztec Treasure.

Pragmatic Play has answered that question emphatically with a resounding “yes!”. Over five years this Malta-based company have been nothing but successful. Their association with TopGame Technology has long been forgotten and Pragmatic Play has spent the last five years going from strength-to-strength, and that’s something that seems more than likely to continue.