ReelPlay is an online software company that – like many others – has gone through a name change. Before 2019 they were known as Chance Interactive, but during the year they decided that a rebranding was in order, so they decided to plump for ReelPlay instead.

This was a UK-based company that concentrated on UK-based and international casino markets, but they have since moved to Sydney in Australia. They have been in the online casino niche since 2014 and are licensed for UK customers by the UK Gambling Commission.

ReelPlay is also another online software company that has forged ahead with a singular concept. This concept is ‘Infinity Reels’, and it has been applied to a number of their games, and under licence to the games of other leading casino software names, including NetEnt.

Below you will find a list of the many online casinos where ReelPlay’s slots can be found.

Founded in the UK, Chance Interactive quickly made a move to somewhere a lot sunnier – Sydney in Australia. They were founded by two brothers – Mark and Shane Tuita, both of whom had online casino experience with another Australian casino software company, NextGen Gaming. They were soon joined by another NextGen Gaming alumni, Scott Smith. All three are still at the helm of Chance Interactive (now of course ReelPlay).

Chance Interactive created a decent stream of good games but failed to become a serious rival to similar Australia-based companies such as NextGen Gaming, NYX and Aristocrat. In 2019 the company released their ‘Infinity Reels’ concept and at the same time rebranded themselves as ReelPlay.

To create a wider network for their games, this company has signed agreements with game aggregators and distributors such as NYX, OGS and Relax Gaming.

The majority of ReelPlay’s titles now have the Infinity Reels concept added. Here are reviews of two of the best Infinity Reels games, plus a title this company released when they were still Chance Interactive. 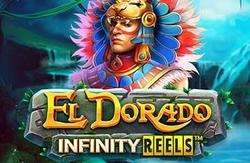 The slotting world has always maintained an interest in the legend of El Dorado. In case you are not aware, El Dorado is a person, not – as many people think – a place. He was a mythical tribal chief in the Aztec empire and was allegedly fabulously rich. People have been searching for ‘El Dorado’ since the 1500s and legends have mutated so that El Dorado is now regarded as an empire as opposed to a king.

NetEnt’s Gonzo is the slotting world’s most famous El Dorado searcher, but the king and the place are both used in this slot from ReelPlay. This is a typical Aztec-themed slot with the added bonus of the ‘Infinity Reels’ concept where wins see reels added to the playing arena ad infinitum. 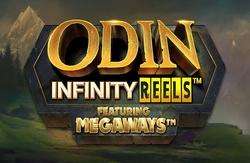 Why apply one slotting concept to an online slots game when you can apply two? This Norse Gods themed game has both the ‘Infinity Reels’ and Megaways concept applied, but you have to ask why? The Megaways concept takes the number of winning paylines up to 117,649, but then the Infinity Reels concept ramps that up to infinity!

The idea of Norse Gods as a concept for slots has hardly been underused, and there are countless slots where you can enjoy a little Norwegian godliness if you so choose. Odin was top of the Gods, but here there are not many godly appearances as the symbols used are runes and other aspects of Norse mythology. 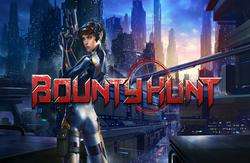 One of the first games ever put out by Chance Interactive, and well before they changed their name to ReelPlay, Bounty Hunt is a five-reel slot with twenty-five paylines and an RTP of 95.44%. The star of this slot is Kat Lee, a leather-clad bounty hunter who stalks a futuristic-looking city at night hoping to sink her claws into miscreants and other folks up to no good.

The three main villains she is hoping to snare are Big Boss, Hank Blade and Dr. Fury, and when you are playing this slot, you will no doubt hope to snare cash payouts and the other features available. If you land one of those afore-mentioned villains in your crosshairs, then you could be in line for a bit of a cash windfall!

Despite the ‘Infinity Reels’ concept ReelPlay’s games have yet to really take a grip of the online casino genre, but that could be because being a relatively small casino software provider, they faced issues when it comes to game distribution. They should hope the April 2020 deal with Relax Gaming may change all that, as Relax Gaming are a well-known iGaming aggregator with deals with countless online casinos and other wagering sites.

If you are a fan of ReelPlay or indeed just the Infinity Reels concept but have problems finding this company’s games, then those issues could soon be disappearing, which is good news for all parties concerned!