Rise of eSports – Is it the Future? 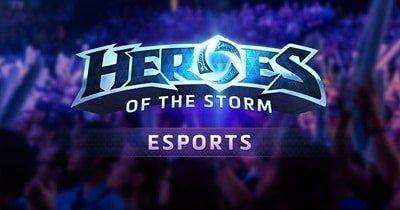 Bookmakers have never been shy in refreshing their portfolio even when a new gambling market courts controversy or borders the absurd. The case in question is the new craze for online gamers – ‘eSports’. While the concept is not really new, powerful gaming consoles, competition among game publishers to win over players while earning publicity has accelerated the rise of eSports.

This latest development looks like its set to change sports betting scene with quite a few of the online gambling establishments the implementing it already. Some call it eSports while others call it virtual betting otherwise there is a near similar feel.

What Actually is eSports?

Discussions have been dragging on whether eSports should actually be considered as a sport – a physical exertion to your body as we would define sports. Well in truth e-Sports involves pro-gamers going head to head in a tournament for the top prize; mind you that these tournaments attract huge prize pools to attract players. So in earnest, it’s a lot less like playing actual sports like soccer and baseball.

For the actual pro gamers, it’s all about technique & tactics whose end game is always the same –winning. Gamers will pit themselves against each other either individually or in groups/teams and battle it out. Which brings us to the issue raised by a rising discussion – should we consider eSports as Sport?

Winners gain a reputation as they continue to participate in more tourneys and that is where online bookmakers and punters and more importantly the money all come in. Such is the popularity that the rise of eSports has garnered over a short period that large tech and non-tech companies have started to make huge investments. The list includes companies that you need no introduction to; the likes of Alibaba, Amazon’s Twitch and game developers such as Activision among them.

ESPN recently aired the “Heroes of Strom eSport” competition where the eventual winners would receive free tuition! As you would imagine most players are young! This riled up the die-hard followers of the sports channel with the bone of contention being why would they air a video game competition on a sports channel?

What the rise of eSports means

A quick visit to most online sportsbooks will reveal the interest that eSports has received in the gambling industry. Like any normal sport, you can find a listing of scheduled matches and their corresponding odds though most bookmakers will actually separate this market from the rest.

However, most of them have what they call virtual sports where you actually wager on include AI simulated sports games such as soccer, horse racing and greyhound racing. With time we should expect the eSports tournaments to be introduced and let punters put in wagers.

eSports doesn’t look like it’s going anywhere any time soon so we better start warming up to it as more companies put in the investments and bookmakers follow suit.